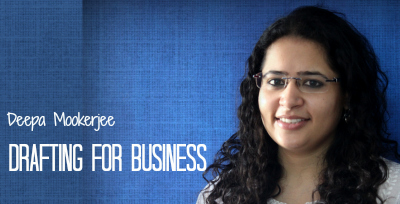 “Call options” and “put options” are used frequently in shareholders agreements. As you know very well by now, a shareholders agreement specifies the rights and obligations of shareholders and sets out the manner in which the company will be governed. We have already seen some vital clauses used in these agreements such as condition precedent clauses and restrictions placed on the transfer of shares. Let us now look at “call” and “put” options.

Simply, a call option is a right but not an obligation to purchase shares at a specified price, on the happening of a specified event. If A and B are two investors in a joint venture company, A may have a call option over twenty-six per cent of the shares held by B, which he can exercise once the limit on foreign direct investment (“FDI”) is raised. This means that once the FDI cap is raised, A has a right to purchase twenty-six per cent of the shares held by B. If A exercises this right, B cannot decline to sell the shares to A.

A put option on the other hand, is a right but not an obligation to sell shares upon the occurrence of a specified event at a specified price. If A has a put option over twenty-six per cent of his own shares in the company that he can exercise once the company is insolvent, it means that if the company declares insolvency, A can sell his shares to B. Once A exercises his put option, B cannot decline to purchase A’s shares.

Junior lawyers should understand these mechanisms well because they can be used in a shareholders agreement in various scenarios. To think that call and put options are only useful in an FDI limit scenario or an insolvency situation (as discussed above), would be incorrect. Let us first go through some scenarios to understand how they may be useful.

Assume that there are two shareholders in a joint venture company – A and B. You are representing ‘A’. A comes to you with a simple question – what if B commits a material default of the provisions of the shareholders agreement and is unable to cure the defect or default? What are the options available to A? 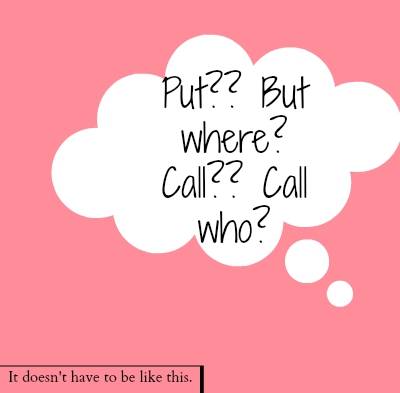 These two mechanisms can therefore be used throughout shareholders agreements to address different scenarios and the various needs of your client. There are some points that you should keep in mind while drafting them.

1. Be precise about whether your client has a right to sell shares or is under an obligation to purchase shares. Use words such as ‘right’ and ‘obligation’ wisely to ensure that the burden is being placed on the correct party.

3. Remember, contractual arrangements can work in many permutations and combinations. For instance, if you are drafting a put option clause, it is not necessary that the shares always need to be sold to the other parties in the shareholder agreement. You can also have a right to sell your shares to a third party of your choice. Similarly, it is up to the parties to decide whether the option should apply to a part of the shares or all the shares that a party holds. As a lawyer, you should advise your client about the most appropriate form of the clause depending upon his or her intentions.

4. As always, the letter of the law plays an important role. For instance, the Reserve Bank of India has made it clear that a non-resident investor should not be guaranteed any assured exit price at the time of making an investment. The exit price must be a fair price calculated according to the prescribed guidelines and at the time of exit. Keep this in mind when you draft a put option for a foreign investor and always know the correct legal position before drafting.

Remember these basic points while drafting. Make sure that you are always clear about what a clause is intended to achieve. Take the time to understand the needs of your client and draft accordingly.

(Deepa Mookerjee is part of the faculty on myLaw.net)

In what is being termed as an “investor friendly” move, the Securities and Exchange Board of India (“SEBI”), permitted put and call options in shareholders agreements through a notification dated October 3, 2013. It appears that it will help clear up some of the ambiguity regarding the validity of these options under Indian law.

Simply, a “call option” is a right but not an obligation to purchase shares at a specified price, on the happening of a specified event. Assume that there are two investors — A and B — in a joint venture company. A has a call option over twenty-six per cent shares held by B, which he can exercise once the foreign direct investment (“FDI”) cap is raised. This means that once the FDI cap is raised, A has a right to purchase twenty-six per cent shares from B. If A exercises this right, B cannot decline to sell the shares to A.

A “put option” on the other hand, is a right but not an obligation to sell shares upon the occurrence of a specified event at a specified price. Here, assume that A has a put option over twenty-six per cent of his own shares in the company. A can exercise this option once the company is insolvent. If the company declares insolvency, A can sell his shares to B. Once A exercises his put option, B cannot decline to purchase A’s shares.

Historically, put and call options, along with other rights such as pre-emption rights and right of first refusal have been the subject of much controversy in India.

Section 111A of the Companies Act, 1956 stated that shares of all public companies were freely transferable. Hence, any restriction on the transfer of shares (including options in shares) would be illegal. Since, put options and call options restricted a person’s right to transfer shares, such options were illegal. Based on this, some market players took the view that even though these options were prohibited in a public company, private companies were free to incorporate such conditions.

This issue has been put to rest in the Companies Act, 2013, which states in the proviso to Section 58(2) that any contract or arrangement between two or more persons in respect of the transfer of shares will be enforceable. Though there has been no formal explanation for its insertion, one could argue that the proviso recognises shareholders’ competence to contract. It appears therefore, that this proviso lends legal sanctity to put and call options, which are essentially agreements for the transfer of shares between shareholders.

The Securities Contracts (Regulation) Act, 1956 (“SCRA”) and the Securities and Exchange Board of India (“SEBI”) are the next set of roadblocks to these options. This is because, the SEBI had issued a notification in 2000, which provided that no person can enter into any contract for the sale or purchase of securities other than spot delivery contracts (Section 18, SCRA) or permissible contracts in derivatives. A “spot delivery” contract is one where the delivery and payment of shares takes place on the same or following day. (For a more detailed understanding of the development of the law, please look at Investment Agreements in India: Is there an “Option?”)

Through a number of decisions (the Cairn Vedanta case and the Vulcan case), the SEBI reiterated its view that call and put options were prohibited because: 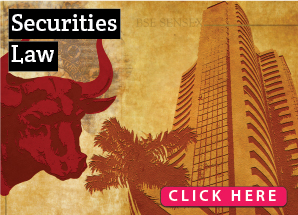 Moreover, the Bombay High Court in Niskalp Investments held that a clause permitting the buy back of shares if certain conditions were not met would be hit by the restriction in relation to spot delivery contracts. Contingent contracts were also therefore, hit by prohibitions on spot delivery contracts. One can argue that call and put options are contingent contracts that come into effect once they are exercised. Once exercised, the delivery of shares and payment can take place simultaneously. These clauses therefore, are not invalid spot-delivery contracts. This position gained legal backing in MCX Exchange, where it was held that options come into existence only once the option is exercised. Till such exercise, the option is not fructified and therefore not hit by the prohibition. From all this, it was clear that there was much judicial debate on this issue. No clear answer was emerging.

In its recent notification, the SEBI has permitted options in shares and rescinded its 2000 notification. Put and call options are now permitted provided the seller owned the “underlying securities” for at least one year from the date of the contract, the transfer is priced according to existing laws, and the underlying securities are delivered. This puts the controversy to rest as far as SEBI is concerned, to a certain extent.

The Reserve Bank of India (“RBI”) had also expressed doubts on put and call options. It felt that granting put options to non-resident investors was akin to a debt investment made by such an investor. This is because an investment backed by a put option meant that the non-resident was guaranteed a specific rate of return. Such a transaction would therefore need to comply with the External Commercial Borrowing (“ECB”) Regulations. In fact, the Consolidated FDI Policy of October 1, 2011 contained a provision that stated that equity instruments issued or transferred to non-residents having in-built options or supported by options sold by third parties would lose their equity character and such instruments would have to comply with the extant ECB guidelines.

Interestingly however, this statement was later deleted from the policy by a notification issued by the Foreign Investment Promotion Board. This led to further confusion. Did the withdrawal mean that the RBI had implicitly permitted these transactions or that it was simply a withdrawal due to public pressure? The RBI has not clarified matters and this confusion still exists. Therefore, even though listed companies may get the go ahead from the SEBI, the RBI may still be a roadblock.

To conclude therefore, the SEBI Notification has not put the controversy to rest. Since the SEBI Circular is only prospective, it only protects investments from October 3, 2013. Clarity is still required on the treatment of those arrangements entered into prior to October 3, 2013. Will those clauses be void?

Till these final issues are put to rest, the question mark still remains over the validity of put and call options.