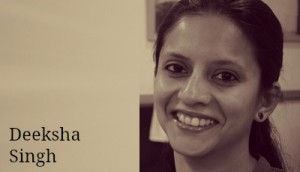 GDRs are instruments created by a foreign depository outside India and authorised by a company making an issue of such depository receipts. A depository can be any company, bank, or institution that holds and facilitates the exchange of securities. Depositories issue receipts for the securities deposited with them, which then function as negotiable financial instruments that can be traded on a stock exchange.

In India, the Ministry of Company Affairs has issued the Companies (Issue of Global Depository Receipts) Rules, 2014 (“GDR Rules”) to govern the issue of GDRs. The GDR Rules provide that any GDR issue must comply with the GDR Rules and the Issue of Foreign Currency Convertible Bonds and Ordinary Shares (Through Depository Receipt Mechanism) Scheme, 1993, which was notified by the Ministry of Finance.

In this case, issued GDRs were all converted into the underlying equity shares of the issuing companies, which were then sold in large deals to several buyers, such as stock brokers. The stock brokers would in turn sell the shares to other investors.

After investigation, the SEBI found that the issuing companies, the lead manager to the GDRs, the foreign institutional investors (“FIIs”), and the stock brokers were all acting as a group. They were able to maintain the share price of the company through these transactions. No information was communicated to outside investors who may have paid a high price based on the issuance of GDRs by the companies and large holdings maintained in them by FIIs.

SEBI held that this was an instance of market manipulation and exercising its quasi-judicial function, passed an order restraining the parties from participating in the capital markets.

The Securities Appellate Tribunal (“SAT”) overturned the SEBI’s ruling on the ground that SEBI does not possess jurisdiction to regulate GDRs. SEBI appealed the matter. The issue was whether the SEBI has the jurisdiction to initiate action against the lead managers to the GDRs issued outside India. 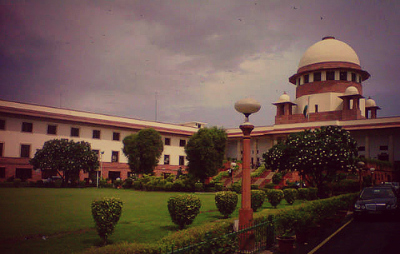 The Supreme Court of India

The Supreme Court looked at the process involved in a GDR issuance. It recognised that while the deposit of the ordinary shares with the custodian takes place in India, the actual issue and trading of the GDRs takes place outside India.

Since the GDR does not come into existence unless the underlying shares are issued, Indian law does apply. This also leads to the conclusion that GDRs would fall within the definition of “securities” under section 2(h) of the Securities Contracts (Regulation) Act, 1956 (“SCRA”).

The Supreme Court then looked at the powers of the SEBI under the Securities and Exchange Board of India Act, 1992 (“SEBI Act”) and the SEBI (Prohibition of Fraudulent and Unfair Trade Practice Relating to Securities Market) Regulations, 2003. After finding that the SEBI has extensive powers to protect the interests of investors in the securities markets, the Supreme Court noted that the alleged actions of the parties involved in the transactions adversely affected the Indian securities markets. It observed that “… the violation complained of by the appellant is with reference to such of those provisions contained in SEBI Act, 1992 vis-`-vis the underlying shares of GDRs. Therefore, we are unable to see any violation of exercise of its jurisdiction since the underlying shares of GDR were created and dealt with as well as traded in the stock market of Indian Territory.”

It further relied on the case of GVK Industries Limited v. Income Tax Officer and stated that in order to proceed “in exercise of any extra territorial aspect, which has got a cause and something in India or related to India and Indians in terms of impact, effect or consequence would be a mixed matter of facts and of law, then the Courts have to enforce such a requirement in the operation of law as a matter of law itself.”

So with regard to the limited question of jurisdiction, the Supreme Court concluded that the SEBI has jurisdiction over GDR issues that impact the Indian securities markets. It sent the matter back to SAT for a decision on the merits of the case.

The specific facts of the case could have affected the Supreme Court’s decision. This transaction in question was not just a GDR issue. A series of allied transactions allegedly caused adverse consequences for Indian investors. The scope of this judgment may therefore be somewhat limited. However, it serves to clarify that just because a GDR issue is carried out entirely outside India does not mean that it is outside the SEBI’s territorial jurisdiction.

Deeksha Singh is part of the faculty at myLaw.net.