Starting out, every law student nurtures some ambition to argue a case in court. The reason may be the glamour associated with lawyers in pop-culture or the innocent belief that arguing in court is what being a lawyer is about. A fresh law graduate however, rarely gets an opportunity to actually argue. Instead, they can observe the various styles of argument that lawyers employ and reflect on how five long years of legal education could have been put to better use for a life in the courts.

The vernacular as an entry barrier

Arguments at the high courts and the Supreme Court are conducted in English and the lawyers sound properly deferential to their lordships. At the district courts, the vernacular often supplements English and there is more informality with lawyers resorting to idioms and phrases to lighten the mood or make pointed remarks. Skilled trial lawyers are often adept at switching languages, playing to their strengths, and reading a judge’s reaction.

Honing these skills is a matter of experience, but that comes later. The use of the vernacular is a significant entry barrier for those who want to practice law in the courts. At NLS, there were only non-mandatory Kannada classes. Provided no training in any language other than English, a Delhi boy like me for example, will almost automatically, regardless of other factors, exclude trial litigation at lower courts in the south of India from his options for a career. Law schools should do their bit to improve the diversity in the profession by at least equipping students to practice law in the state where they are studying law.

The Indian styles of argument 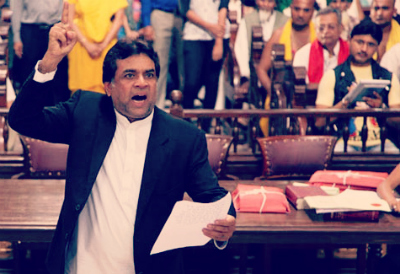 From top to bottom, an overflowing docket unites Indian judges who rarely have the time to familiarise themselves with each case. This has led to the development of peculiar styles of argument across courts. Judges, it is generally believed, cannot fully appreciate the written submissions because of the heavy burden of cases. Lawyers not only argue the case in law, they also spend time providing clarity on facts. Judges rarely ask lawyers to hurry up. Without a time limit, lawyers proceed leisurely from one issue to another, repeating arguments and returning to points. Linked to this is the practice of reading extracts from the written submissions aloud before the judge. This can be seen at a magistrate’s court and all the way up to the Apex Court. Several hours are spent fleshing out settled legal propositions by rehearsing case law in trying detail.

These inefficiencies can only be partly remedied by our legal education system. Law schools already expose students to more efficient ways of presenting arguments and promote the structured presentation of arguments. Through moots, students even practice how to present arguments for the most difficult legal problems in a coherent fashion within twenty-five minutes.

Legal education however, can only do so much. Judges and clients have grown so accustomed to these inefficient methods that any deviation seems a very high-risk strategy for lawyers. Change is much more likely to come through the bench. Recently, much to my delight, it was reported that the Supreme Court was considering time limits for oral arguments to curb delays caused by lawyers taking too much time over settled points. It’s certainly a start, but there is a long road ahead.

(Abhinav Sekhri is an advocate practising in Delhi.)