The recurring controversies around the conduct of the Common Law Admission Test (“CLAT”) are merely symptomatic of the state of the country’s premier law colleges.

Perennially short of funds, the universities cannot allocate enough resources towards identifying and solving many of the problems faced by the students. They are unable to attract adequate grants (sanctioned specifically) for paying teachers’ salaries and with the resulting human resource crunch, the regular conduct of classes has become a rare phenomenon, especially for students in their fourth and fifth years.

The management of services related to food, water, sanitation, and housing fall short of acceptable standards. Fees increase every year, compelling more students to seek loans, thus coercing them to consider only corporate jobs once they graduate.

Although the National Law Universities (“NLUs”) are heavily dependent on fees from students, the students have no voice in the day-to-day affairs of these institutions. The parent statutes of the NLUs do not envision student participation in any form.

But students have been able to make useful contributions. For example, some from Nalsar, the Hyderabad-based NLU, advocated with the Greater Hyderabad Municipal Corporation to carry out regular garbage collection and disposal. Students have previously raised money to fund scholarships and even attempted tree-plantation and gardening with some success. But these programmes suffer once the individual students who initiate them graduate.

Through student self-governing organisations (“student governments”), students may perhaps be able to have a sustained influence on the day-to-day governance of colleges. They will have to arrive at practical and economically sound solutions to their problems and later, advocate with the administration for the adoption of these solutions through ‘collective bargaining’.

For instance, the academic committee of the student government (the Student Bar Council or the “SBC”) lobbied successfully for the relaxation of the unrealistic hostel curfew (9 p.m., also when the library would close) and that the library be kept open till 11 p.m. on all weekdays. When the college administration noticed a sizeable crowd in the library even late at night, the 1 a.m. closing time (applicable only on the days before an exam) was extended to non-exam weekdays as well. The library and the space around it which once seemed dead at 9 p.m. are today vibrant with student activity till much later at night. 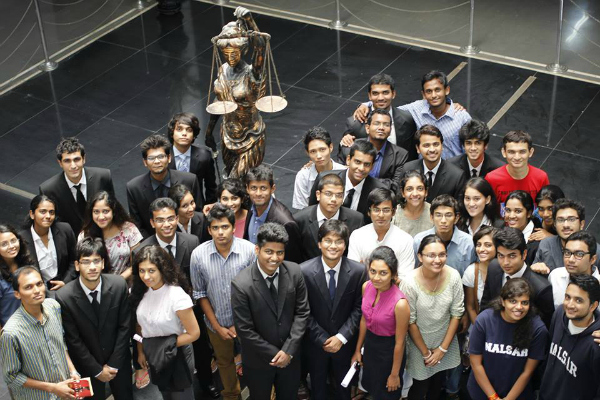 Admittedly, some of the problems I have mentioned above are a tougher ask for the students to solve but the central rationale for the existence of student governments is much wider than solving problems. Sound decision-making requires deliberation between decision makers and the affected individuals. Student governments could serve as a platform to represent the concerns of students to the administration of the college.

Recently, the SBC  requested the administration to institute a committee to review its constitution. The debates that followed after the Constitution Review Committee (“CRC”) presented its draft constitution exposed many fault lines on issues such as the role of gender, reservations, models of election and diversity, but also demonstrated a commitment to tackling problems.

These experiences have showed me that the students of the NLUs can do much to change the situation they find themselves in. Were they to organise themselves into democratic self-governing groups, they could begin to influence decision-making in the college administration. They must become participants in administration through student government models that have popular support. To gain recognition from the college administration and popular legitimacy from their electorates, the representative bodies must be centred on the values of diversity, universal participation, transparency, and accountability.