Recently, it was reported in the media that 254 Indian women — all participants in a 15-year clinical trial for a treatment for cervical cancer, had died during the course of the trial. The facts are not very clear and any conclusion would be premature but yet again, the episode calls for increased awareness of the law governing the conduct of clinical trials and an examination of the framework.

In response to the Supreme Court’s stinging observations in the course of a pending PIL filed by the Indore-based Swasthya Adhikar Manch (Writ Petition (Civil) No. 33 of 2012), the Union Government made a few changes to the Drugs and Cosmetics Rules, 1945. Rule 122-DAC which was notified in February last year, requires every clinical trial to be mandatorily registered with the Clinical Trial Registry of India.

A “clinical trial” is defined in Rule 122-DAA of the Drugs and Cosmetics Rules, 1945 as follows:

“Definition of Clinical trial.– For the purpose of this Part, “Clinical trial” means a systematic study of new drug(s) in human subject(s) to generate data for discovering and/or verifying the clinical, pharmacological (including pharmacodynamic and pharmacokinetic) and/or adverse effects with the objective of determining safety and / or efficacy of the new drug.”

For the benefit of the general public, in December 2012, the Central Drugs Standard Control Organization (“CDSCO”) issued an order informing the public of the requirements that apply to the conduct of clinical trials, which are spelt out in the amended Schedule Y of the Drugs and Cosmetics Rules, 1945. Schedule Y requires the sponsor of the trial or the investigator to obtain prior permission from the Drug Controller General of India (“DCGI”) and also the independent “Ethics Committee” of the institution where the trial is sought to be conducted. 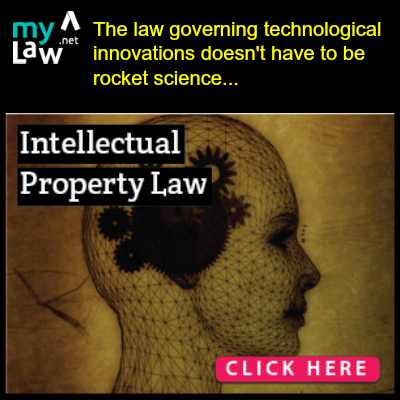 Ethics Committees need to be registered with the DCGI under Rule 122-DD, which was notified on February 8, 2013. The role of these committees is to ensure the safety of the trial subjects and their approval is mandatory prior to the initiation of a clinical trial. In fact, the Informed Consent Form that the trial investigator is required to obtain from each participant of the trial, for which a template has been prescribed in Appendix V to Schedule Y, must be approved by the Ethics Committee and submitted to the DCGI.

Until January 2013, the compensation in the case of injury or death during clinical trial was governed by a notification of the Ministry of Health and Family Welfare dated November 18, 2011. Draft guidelines were then issued in August 2012 with a view to improve on the 2011 notification and finally, on January 30, 2013, new guidelines were notified. Currently, these guidelines govern the compensation to be awarded to a subject in case of death or injury during a clinical trial. This has been inserted as Rule 122DAB of Drugs and Cosmetics Rules, 1945 and appears to be giving sleepless nights to Clinical Research Organizations (“CROs”).

Rule 122-DAB is extracted below: 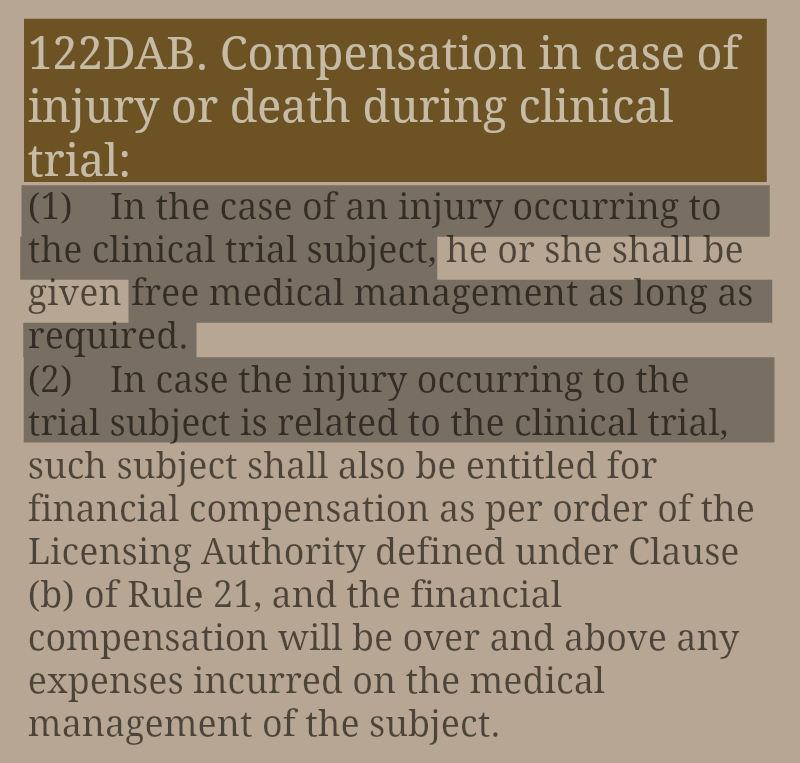 An initial reading of Sub-rules 1 and 2 of Rule 122-DAB seems to suggest that the scope of Sub-rule 1 is wider than that of Sub-rule 2. The former appears to cover any injury suffered by the trial subject, even if such injury is not related to the clinical trial and the latter is restricted to injuries which are related to the trial. This could mean that under Sub-rule 1, if the trial subject meets with a road accident, the sponsor of the clinical trial is expected to bear the expenses for life-long medical management of the subject to treat such an extraneous injury.

A purposive reading of the very object of these Rules however, informs us that they are meant to secure the interests of a trial subject with respect to trial-related injuries. They are not meant to provide the subject with a carte blanche for extraneous injuries that have no connection with the clinical trial. Such blanket compensation is not envisaged even in the GCP guidelines. Therefore, this particular apprehension of CROs may not be completely justified.

Penalising the failure of the trial

What is certainly a cause of concern however, is Sub-rule 5 of Rule 122-DAB. Sub-rule 5 exhaustively lists the specific instances or causes that shall be considered to have caused clinical trial-related injury or death. They are:

a. The adverse effect of investigational product(s);

b. A violation of the approved protocol, scientific misconduct, or negligence by the sponsor or his representative or the investigator;

c. The failure of the investigational product to provide intended therapeutic effect;

d. The use of placebo in a placebo-controlled trial;

f. Injury to child in-utero because of participation of the parent in the clinical trial, and

g. Any clinical trial procedures involved in the study.

Situation C, which envisages the payment of compensation in the event of injury or death due to “failure of investigational product to provide for intended therapeutic effect”, in my opinion, is unreasonable. It expects every clinical trial to succeed. The very purpose of the trial is to evaluate the efficacy of the investigational product. Therefore, to saddle the sponsor with liability for its failure beats common sense, rendering the Sub-rule vulnerable to challenge in a writ petition.

The inclusion of Situation C in Rule 122DAB is probably reflective of the establishment’s need to shore up its reputation in the eyes of the Supreme Court. In the process, it could have the effect of deterring sponsors from undertaking clinical trials in India and thus adversely affecting the fortunes of CROs in India, which already face stiff competition from China. While it is certainly the duty of the government to protect the interests of its citizens who participate in clinical trials, it cannot be the government’s case that the only way to achieve this object is to deter the very conduct of clinical trials in India. It is time to re-examine this privision and bring in a sense of balance.

(J. Sai Deepak, an engineer-turned-litigator, is a Senior Associate in the litigation team of Saikrishna & Associates and the legal member in the Ethics Committee of the All India Heart Foundation. He is the founder of “The Demanding Mistress” blawg. All opinions expressed here are academic and personal.)