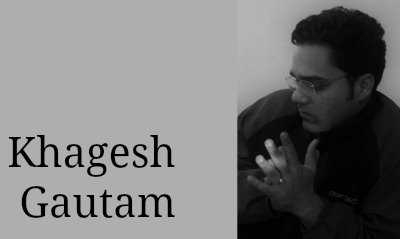 The Governor of a state is appointed for a five-year term but serves at the “pleasure of the President”, which under our Constitution, is effectively the pleasure of the Union Cabinet. Assume that a political party, let’s call it Party A, was in office in New Delhi, enjoying a majority in Parliament. During its five-year term, P is elected as the President of India and the Union Cabinet advises P to appoint G as the Governor of a state. Later, Party A loses the general elections and Party B is voted into office. Now, the Union Cabinet comprising members of political party B wants to remove G from office. Well, all they have to do is advice P to do so, right?

Not so fast. Even though he may not be very ‘pleased’ to issue orders removing G, who is probably a fellow member of Party A, Article 74(2) (known as the ‘Presidential Aid and Advice Clause’) makes it mandatory for him to do so when the Union Cabinet ‘advises’ so. As it happens, the same thing has been done many times before in the history of the Indian republic. In fact, Party A probably did the same thing while they were in office.

In 2010, a unanimous Constitution Bench of five judges of the Supreme Court in B. P. Singhal v. Union of India, (2010) 6 SCC 331, held that another member of Party A would not have the locus standi to approach the Supreme Court on behalf of G and seek a writ prohibiting the Union Cabinet from removing the latter from office. “The petitioner has no locus to maintain the petition in regard to prayers claiming relief for the benefit of the individual Governors”, the Court had said refusing to issue a writ of prohibition “quashing the removal of the four Governors” and a writ of mandamus allowing the Governors to complete the remainder of their five-year terms. This other member of party A could, however, maintain the petition if there was a substantial question of public importance involved – he just cannot seek a writ of prohibition on behalf of G.

The petitioner in Singhal had argued that the President cannot ‘withdraw’ his ‘pleasure’ under Article 156(3) in an arbitrary manner but can do so only in some ‘rare and exceptional circumstances’ on grounds similar to those prescribed for impeachment of the President or a Supreme Court judge and that even when the pleasure is withdrawn, a notice and a hearing would have to be given to the Governor and a speaking order will have to be passed. In response, the government, citing Article 74(2), argued that the Supreme Court cannot enquire into the advice tendered by the Union Cabinet to the President and that while of course the President cannot remove the Governor arbitrarily and there has to be a reason for removing the Governor, there is no requirement for the President to actually tell the Governor (or for that matter anyone else) what that reason actually is. Therefore, since the Supreme Court cannot inquire into that reason as well, the removal is effectively not subject to any judicial review.  The Court steered a middle course and held – “The doctrine of pleasure … is not a license to act with unfettered discretion to act arbitrarily, whimsically or capriciously. It does not dispense with the need for a cause for withdrawal of the pleasure. In other words, the “at pleasure” doctrine enables the removal of a person holding office at the pleasure of an authority, summarily, without any obligation to give any notice or hearing to the person removed, and without any obligation to assign any reasons or disclose any cause for the removal, or withdrawal of pleasure. The withdrawal of pleasure cannot be at the sweet will, whim and fancy of the authority, but can only be for a valid reason.”

Therefore, while there is no reason for the President to actually inform the Governor of the reasons for removal, there has to be a ‘valid reason’. But who will decide whether there was a valid reason? No prizes for guessing. The Supreme Court.

A Governor’s refusal to act on the advice of a State Cabinet that enjoys the confidence of the legislature of that State, on the other hand, is a very valid reason to remove a Governor. The Court in Singhal quoted with approval, Homi Seervai’s observation to this extent. Seervai of course, made two errors — the economist’s error of believing that people behave rationally and the constitutionalist’s error of believing that people occupying high constitutional offices behave honourably. It would clearly be a waste of political capital for the Union Cabinet to insist on the removal of a Governor notwithstanding the manner in which a Governor is discharging office, even if a Governor has acted on the advice of the State Cabinet. Further, it is precisely to address the problematic behavior of high constitutional functionaries that the Supreme Court had observed in Singhal and elsewhere, that the Governor’s is not a political office. Further, in S. R. Bommai v. Union of India, (1994) 3 SCC 1, a nine-judge bench of the Supreme Court interpreting Article 74(2) held that even though the actual advice tendered by the Union Cabinet to the President is beyond the scope of the judicial review, the materials on the basis of which the President has made the order can be examined. But the burden of proof, which the petitioner has to satisfy, to compel the Court to actually require the government to produce these materials in Court is extremely high.

So then, what constitutes a valid reason to remove a Governor? Well, that of course, still depends on the facts and circumstances of each case.