Tribunals are notorious for having advocates on both sides of the fence in discussions on judicial remedies in India. Defendants of India’s tribunals argue that they offer an alternative forum for addressing subject-specific disputes and allow the parties to a dispute to move away from conventional courts and their accompanying problems. The subject-specific jurisdiction of tribunals, theoretically, requires them to be staffed by experts in those subjects, who are expected to understand better, the technical aspects of such disputes. And, because no standards have been set for their functioning, tribunals have the freedom to define their administrative processes and requirements (which, the argument goes, makes them superior to conventional courts).

The opposition to tribunals usually picks on these very features. They argue that tribunal structures in India are anything but standardised. With differences in compositions, eligibility requirements for members, procedures, and reporting standards, their performance and accountability is difficult to monitor. Further, subject-specific experts may not have enough of an understanding of the law.

The legal position of tribunals in the edifice of Indian democracy also remains unresolved. In the form that many of them operate today, tribunals in India perform functions that are inherently and integrally judicial in nature. But they continue to be staffed by bureaucrats who have no judicial experience or qualifications, and offer judicial remedies after following non-judicial processes. The question that is often asked is, are tribunals a part of the executive or the judiciary? For the purpose of public administration, are they to be regarded as quasi-judicial bodies, or administrative bodies? This issue reemerges every few years, phoenix-like, as it did in the September 2014 decision of the Supreme Court, which, following a rich jurisprudential history that includes Sampath Kumar and Chandra Kumar, held the National Tax Tribunal unconstitutional. 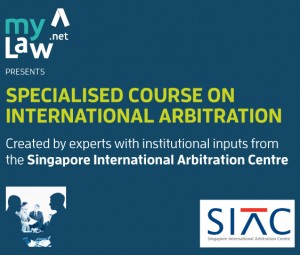 Legality apart, there are also questions about whether tribunals have met their specific objectives, that is, avoiding the problems faced by traditional courts such as long delays, high pendency, and the lack of specialised knowledge. To answer this, we need to explore the little that we know about tribunals in India.

Firstly, the data about tribunals is sketchy, because they operate under different ministries that have no standardised processes for gathering information about them. The annual reports of various ministries are usually the best source of information. These reports, though, do not provide information in the same format. Where tribunals are split between the Centre and states, data collection is in complete disarray, and often, entirely absent. Indeed, for many large tribunals that have been functioning for several years, there is no authoritative information available at all. This is the case with the Motor Accident Claims Tribunals, which works under various states and union territories. The Ministry of Road Transport and Highways has admitted that there is no centralised repository of cases pending for disposal in such tribunals.

Secondly, the system of classification of tribunals is unclear. For instance, we know that there were 62 tribunals in India as of May 2013, according to the Ministry of Law and Justice, but we know little else. The definition of tribunals that the ministry used to arrive at this number is unclear. Is it an administrative body exercising quasi-judicial functions, like the Securities and Exchange Board of India? Is it an adjudicatory body outside the control of the administrative department, exercising judgement like a third party arbiter? Or is it an administrative tribunal formed under the Constitution of India? This problem of classification comes into sharp focus when the legislature shows an increasing but irrational proclivity to create tribunals, as it did with the National Company Law Tribunal and its appellate tribunal in 2002, the Intellectual Property Appellate Board in 2003, and soon perhaps, a tribunal for addressing disputes in the infrastructure sector. Arvind Datar, who has spearheaded a series of constitutional challenges against tribunalisation in India, has argued that tribunals have become a “tragic obsession” for us.

The third issue relates to whether tribunals achieve the objective they have been established for. At two large tribunals for which data is relatively more accessible – the Central Administrative Tribunal (“CAT”) and the Debt Recovery Tribunals (“DRTs”), the number of pending cases (note that different bodies may calculate it differently) has been, generally, on an upward march over the past few years.

Further, if we make simplistic calculations about the workload for various benches of the CAT and the DRTs, the number of pending cases that each bench of the two tribunals has to hear is also on the rise (for the CAT, this number has been taken to be 17, and for the DRTs, 33). The workload at the CAT is already more than the workload of judges in subordinate courts, and the DRTs are also nearing that number.

Evidently, these tribunals have failed to address the one major problem for which disputes were originally taken out of the mainstream system of judicial remedies, that is, to offer speedy disposal of disputes.

The limited data that is available shows that the tribunal “system”, if it can be called that, has not met its objectives. An increasing number of appeals to the Supreme Court against the decisions of tribunals indicate that disputing parties remain unsatisfied with their solutions. Quick-fixes, such as the creation of additional benches, as in the case of CESTAT in 2013, are not the answer. But a true assessment of the health of tribunals in India remains impossible without proper and complete information. Data collection needs to improve. The legislative mandates of tribunals and tribunal-like bodies need to be reassessed. Their functioning and their processes need to be standardised. Until then, any analysis of tribunals in India will remain in the realm of speculation.