Justice V.R. Krishna Iyer, a judge of the Supreme Court of India between 1973 and 1980, and a champion of individual liberties and social justice, died on Thursday in Kochi at the age of 100. As a Supreme Court judge, Krishna Iyer infused life into the otherwise abstract rendering of constitutionally guaranteed fundamental rights. In so doing, he changed the core of the Court’s jurisprudence; the Court, during Krishna Iyer’s tenure, moved from being a decidedly positivist body into one that, howsoever briefly, thought of social justice as the underlying aim of the Constitution. His ability to coalesce his inherent sense of compassion and integrity with an intellect of stupendous brilliance allowed him to make indelible marks on the development of the law as a means to justice.

Krishna Iyer began his practice as a lawyer in 1937 in the courts of Thalassery, where he often represented labourers and menial workers. But he soon found himself gravitating towards a more active political life. In 1952, at the young age of 37, he was elected to the Madras Legislative Assembly, with the support of the Communist Party. Later, he would also serve as a minister in Kerala’s first government. To politics he brought an invigorating blend of empathy and statesmanship, but it is his revolutionary role as a judge of the Supreme Court that he will be most remembered for. 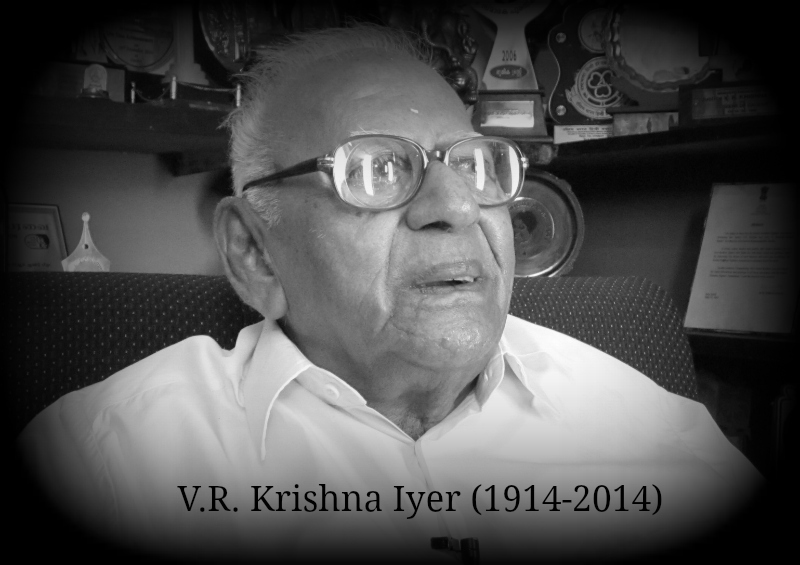 In 1973, after a mere five years as a judge of the Kerala High Court, Krishna Iyer was elevated to the Supreme Court. Here, his judgments, written in effusive—and often dynamic—prose, quickened the march of the law in numerous and diverse fields. The law, he believed, was a means to achieving the ends of justice. And it was this fundamental ethos that allowed him to imbue in the court’s philosophy, a proclivity for loosening the standards of locus standi. In fact, it was Krishna Iyer’s judgment in The Mumbai Kamgar Sabha v. Abdulbhai Faizullabhai, which served to forge the movement towards public interest litigation, which has today achieved a hallowed status. Where public interest demanded, “even Article 226, viewed in wider perspective, may be amenable to ventilation of collective or common grievances, as distinguished from assertion of individual rights,” he wrote. “Public interest is promoted by a spacious construction of locus standi in our socio-economic circumstances and conceptual latitudinarianism permits taking liberties with individualization of the right to invoke the higher Courts where the remedy is shared by a considerable number, particularly when they are weaker. Less litigation, consistent with fair process, is the aim of adjectival law.”

It was his indefatigable concern for equality as an all-pervading value that allowed him to foster a jurisprudence, which would give new meaning to a hitherto tepid Constitution. In both Sunil Batra and M.H. Hoskot’s Case, Krishna Iyer’s fundamental concern for the rights of the prisoner spoke to his larger commitment to a constitutional morality. “I hold that bar fetters are a barbarity generally and, like whipping, must vanish,” wrote Krishna Iyer, in Sunil Batra v. Delhi Administration. “Civilised consciousness is hostile to torture within the walled campus. We hold that solitary confinement, cellular segregation and marginally modified editions of the same process are inhuman and irrational.” In appealing to similar values, Krishna Iyer ruled in M.H. Hoskot v. State of Maharashtra that if a prisoner sentenced to imprisonment was unable to exercise his right of appeal, for want of legal assistance, “there is implicit in the Court under Article 142, read with Articles 21, and 39A of the Constitution, power to assign counsel for such imprisoned individual for doing complete justice.” Krishna Iyer’s dogged commitment to equality as a virtue also saw him make colossal contributions to labour law. His expansion of the mere textual meaning of the word “industry,” in Bangalore Water Supply and Sewerage Board v. A. Rajappa continues to resonate even today.

Krishna Iyer’s mark on the polity did not end with his tenure on the bench. In the years since his retirement, he used his tireless verve to advocate causes that appealed deeply to his conscience, and, as it would so happen, to the Constitution’s essential values, properly understood. Of the death penalty, for example, he wrote that a legislative abolition of the punishment would be “a statutory tribute to the Founding Fathers of Article 14.” Were the legislators to do so, it would also equally be a fitting tribute to the glorious ideas of Justice Krishna Iyer, ideals that, more than anything else, appealed to the securing of an equal society.

(Suhrith Parthasarathy is an advocate practising at the Madras High Court.)