Since the time of its inception, myLaw.net has worked on building a video archive of memories about India’s legal profession. In the process of interviewing some of our subjects – senior advocates and Supreme Court judges, we became aware of the immense shadow cast over the entire legal system by the Emergency.

Deep hurt about the Supreme Court’s abdication of its constitutional responsibility predominated their memories about the 21-month period between 1975 and 1977. But there was also a great deal of pride in some acts of brave dissent.

The educational potential of collective memory is immense. These memories about a dark period in our nation’s history should not fade. They should continue to influence our view of the professional and constitutional responsibilities of all lawyers.

On the fortieth anniversary of Indira Gandhi’s proclamation of Emergency, we bring you some of these memories that we were privileged to archive. Memories Of A Surrender is a short film that presents footage from interviews with former judges P.N. Bhagwati and V.R. Krishna Iyer and senior advocates Soli Sorabjee, Ram Jethmalani, Ashok Desai, and Raju Ramachandran.

The Supreme Court’s decision in Suresh Kumar Koushal v. Naz Foundation is a disappointing and dangerous failure to fulfil its obligation to uphold the Constitution and protect the fundamental rights of citizens. With shallow and unsatisfactory analysis, seemingly grounded in inexplicable and excessive deference to the legislature, the Court set aside the decision of the Delhi High Court. That decision had read down Section 377 of the Indian Penal Code, 1860, in its application to consenting adults, as being in violation of Articles 14, 15, and 21 of the Constitution of India.

Locus standi of the respondents

The very premise of the appeals was fragile. The respondents at the Delhi High Court (that is, the State) did not choose to appeal the decision. The point of locus standi of the various individuals who filed the appeal was raised in arguments before the Supreme Court, but the Court did not even consider this issue, despite good precedent existing for it to do so.

The judgment adopts an unusually — and, it is submitted, wholly incorrect — deference to legislative superiority, beginning with a warped discussion on the presumption of constitutionality. Strangely, the Supreme Court relies on the Criminal Law Amendment Act, 2013 to suggest that Parliament did not intend to amend Section 377 (Para 32).

The fact that the State had chosen not to appeal, and the submissions of the Attorney General (who argued as amicus curiae that the State did not find any error in the decision) (Para 21), seem to have been conveniently ignored. Why a Court that has stepped into the domain of the legislature and the executive, legislating and enforcing policy on several occasions, showed such reluctance to exercise what is undoubtedly its assigned Constitutional function — that of upholding the Constitution and protecting the fundamental rights of citizens — is beyond baffling.

The worst part of the Court’s reasoning is found in Paragraphs 42 and 43. In Paragraph 42, the Court blandly states, “Those who indulge in carnal intercourse in the ordinary course and those who indulge in carnal intercourse against the order of nature constitute different classes…” As to what constitutes the acts in each category, the court gives us no indication whatsoever. The fact that there has to be an intelligible differentia, clearly does not seem to matter to the Court. According to the Court, there exists some classification and that seals the question of any violation of Article 14. The arbitrariness doctrine is not dealt with. The Court does not even bother with Article 15(1) — notwithstanding that the Delhi High Court had made a significant Constitutional point in treating sexual orientation as an “analogous ground” to sex.

More follows in the next paragraph:  “…the High Court overlooked that a miniscule fraction of the country’s population constitute lesbians, gays, bisexuals or transgenders and in last more than 150 years, less than 200 persons have been prosecuted for committing offence under Section 377.” In one fell swoop, the Court demolishes over sixty years of jurisprudence and constitutional values, suggesting that minorities are second-rate citizens, not entitled to any constitutional protection under Part III. 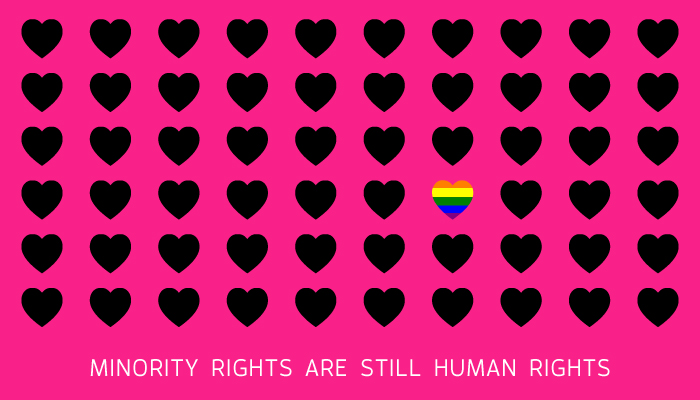 Besides setting a dangerous precedent in terms of taking a majoritarian view in respect of Constitutional protection, the judgment has worrying implications. Another Bench of the Supreme Court has reserved judgment in a writ petition seeking the recognition of transgender rights. It is unclear what impact the decision in Koushal will have on that case. Further, Section 377 is a cognizable offence, and in light of the recent Constitution Bench judgment in Lalita Kumari that made FIR registration mandatory, re-criminalising it opens the door to frightening possibilities of misuse and intimidation (factors that, incidentally, the Court dismissed as irrelevant in Koushal).

The most inexplicable part of the judgment is the reasoning on Article 21. From Paragraphs 45 to 50, the Court devotes considerable space to this, quoting generously from several of its previous judgments. Then, abruptly, it moves on, without any conclusion whatsoever. Whether there was a paragraph that was accidentally deleted, or whether the Court deliberately chose to leave this question hanging, we will probably never know.

The Supreme Court also berates the High Court for its reliance on international and comparative jurisprudence in what it terms “anxiety to protect so-called rights of LGBT persons”. The careless and hurtful wording aside, it is extremely disappointing that the Supreme Court never bothers to substantively engage with the reasoning of the High Court, much of which drew from Indian precedent and the Constituent Assembly Debates while interpreting the Constitution.

Pratap Bhanu Mehta, writing in the Indian Express, termed the decision “morally regressive” and “constitutionally dubious”, stating that it would be “remembered in infamy as one of those decisions that, like Dred Scott, show how liberal democracies can sometimes give rein to a regime of oppression and discrimination under the imprimatur of law”. A press release by LGBT organisations suggested that it was the Supreme Court’s ADM Jabalpur moment of the twenty-first century.

At the time of writing this, efforts to file a review petition against the decision were in progress. Meanwhile, the ruling political coalition was reported to have opposed the order, and an ordinance is apparently being considered to amend Section 377. It will be a sad day indeed for the Supreme Court if it is Parliament that shows greater resolve in protecting fundamental rights and upholding the Constitution.

(Manish is a Researcher at the National Law University, Delhi.)