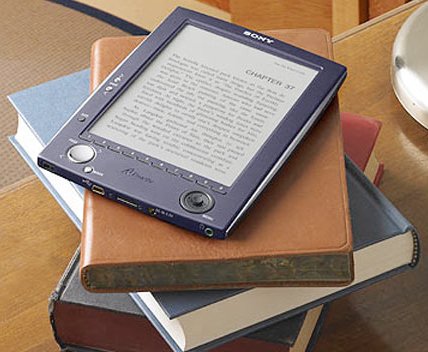 I loved your arguments and of course your curious legal mind venturing into this conundrum. However if they agree to the terms and conditions of not ‘buying’ it in the traditional sense (even without reading it!) wouldn’t that, in your opinion waive this claim of deceptive advertisements?

Hey Hardeep,
Thanks for your comment. It raises an interesting point. There is certainly merit in your argument.

But, in my opinion, even if the consumers did agree to the terms and conditions, I think an argument could be made that these terms and conditions are not well displayed and are so verbose that often consumers find it difficult to understand. Given that this is so different from the traditional concept of a ‘sale’, the consumers could argue that this was misleading and if nothing else the key points of how this ‘sale, is different from a traditional sale must be well displayed on the website. Of course, this argument has never been tested in indian courts and it is possible that the court may agree with the argument that once you accept the terms and conditions, it would be presumed that you had read it.

The consequent rebuttal for this could be that ‘sale’ as defined in this context is indeed different from the normal sale however in the given industry, ‘sale’ is the norm and we are complying with it and hence there is no misleading. Caveat Emptor.

Let me know what you think of this.

Thats a very good argument that can be used by the industry. At the end of the day, it will need to be tested against the time honoured principles of displaying the main terms and conditions of a contract clearly (even if it is the standard for the industry).

Correct me if I am wrong, but unless they use the font size smaller than the usual practice in an agreement would it violate displaying the terms clearly?

I am confused on this point.

It’s definitely a good point, but I’m not convinced it holds water. If we’re going by the definition of ‘sale’, even if we ignore the definition under Indian law, ‘sale’ is generally accepted around the world as transfer of ownership for a price paid. This is especially important on the internet as various jurisdictions around the world, led by the US, have made clear distinctions between ownership and usage licenses to the point of being unreasonably strict on the matter, in my opinion. This is the reason why Prof. Lawrence Lessig started the copyleft movement and also why we ensure on this blog and on myLaw.net that every image we use is either owned by us or is in the public domain, and we make sure we attribute every image to its author and mention the license under which we are using the image. In this context, I consider it pretty unfair that a company like amazon can use the word “buy” so flippantly without giving reasonable ownership rights to the buyer over product that is being “sold”.

I agree, they should’ve used a new term, like ‘Pay, download and use’ instead of ‘buy’, however look how conventional meanings are not practicable in the online world. I’ll give you an illustration, you can lend your book to ONE friend at ONE time. Here, you can lend the song you ‘bought’ to ANY NUMBER of people and therefore it isn’t pragmatic to apply conventional methodology onto cyber space. The buyer will lose and lose substantially if he allows such thing to go on.

Interesting.
This is similar to the copyright debate surrounding EULA (End User License Agreement) that comes with purchasing shrink wrap software. The question of purchasing a copyright and a copyrighted article. The taxation angle to this question is presently pending before the Supreme Court.

Wasn’t this clarified in the GE case which the government subsequently overruled by retrospective amendment and maintained its position that payments for software are made as royalty payments, which as per the government are all software sales, and therefore subject to income tax and withholding tax?

Hi Hardeep,
Apologies for the late reply.
I believe the restricted question in GE was with respect to the interpretation of S. 195 of the ITA. The SC went on to hold that the obligation to deduct TDS did not arise at the time of remittance of moneys to a non-resident.
The SC declined to go into the question of whether payments made by software suppliers to non-resident would amount to ‘royalty’ under S. 9. Instead, a question of law was framed and the matter was remitted to the High Court for de novo consideration.
Eventually, the High Court decided the matter in favor of the Revenue, in CIT v. Samsung Electronics Ltd. reported in (2011) 203 TAXMAN 477 (Kar.).
The Co-ordinate Benches of the Karnataka High Court gave similar orders based on the reasoning in the above judgment and a batch of SLP’s have been filed before the SC on this point.
Cheers.