Anarchist-anachronist-economist. That’s how David Friedman, who is currently a professor of law at Santa Clara University (more about him on his website), describes himself. The son of economists Rose and Milton Friedman, David studied physics and chemistry at Harvard.

Prashant Narang: Welcome to India, David. You hold no formal education in economics and law, yet you teach these subjects. Durga Das Basu might have been one such rare example in colonial India. One cannot teach without a degree in India. How do you think we can get to a system where the competence of a person is determined by something other than the certificates he holds? 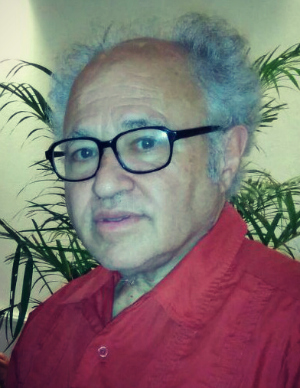 David Friedman: In the United States, most people hold doctorates in concerned professions, not all – but most. My uncle for instance, an important person, started law and economics, was a professor at the University of Chicago and held only an undergraduate degree. He had written a book and was associated with the University of Chicago for a long time. So it is not impossible but it also was certainly not easy. There is however, no legal restriction of the sort.

Even in practice a university might hire a professor whose doctorate was in a different but related profession. So it is not really that surprising for a physics department to hire someone with a doctorate in mathematics or for the economics department for that matter.

PN: As a recent trend in India, private universities are coming up. While they provide state-of-the-art facilities, the fee structures are exorbitant. Do you think such a system would promote merit?

DF: Presumably over time you can have more than one private university or law school. What prevents others from existing?

One of the things that struck me while in India is that while India seems like the most egalitarian country in the world, there is a vast gap between the rich and the poor. There are stores with very expensive things in them and then there are people sleeping on the streets. I suspect that these two are not unrelated. One of the results of a society where you need certificates and permits for everything is that it is very hard for you to rise. This is true even in the US. There are restrictions. The Institute for Justice (IJ) has dealt with certain such cases of restrictions with regards to who can enter certain professions. These restrictions make it very hard for someone who doesn’t have the money or connections to rise. So I wonder if in fact the regime and style of the Indian government is one of the reasons why it has such striking poverty than you would normally expect from it.

PN: Education institutions, be it primary, secondary, or tertiary, in India – have to be “not-for-profit”. Education is supposed to be a charitable activity and no one should be making profits out it.

DF: If people have a better way, a cheaper way, and know how to do a better job, to figure out best ways of teaching and have an incentive in the sector, they will invest. If the government feels that for-profits are evils, then surely the government officials should accept a reduction in their wages.

Also, by that logic, even restaurants and farms should be for non-profit. Surely food is more important than education. Why not follow the same principle.

This is very odd. One charitable activity is feeding hungry people. My wife’s church for example, every once in a while, has a dinner for the homeless people. But the fact that it is charitable does not mean that feeding people in a restaurant or having a farm – for money, is illegal. So if people wish to provide charitable education, that’s fine, but there is no reason to forbid those who don’t.

PN: Private schools in India, by law, have to provide reservations of 25 per cent to economically weaker and other backward classes. Or should there be more government schools?

DF: You have all these laws that are supposed to help poor people do better, yet you have an enormous number of people who are poor. Shouldn’t you at some point think you are doing something wrong?

In China, after Mao died, various leaders went abroad and were able to see how the rest of the world was living and while they believed that socialism was right, they realized they were doing something wrong. India has all sorts of interventions to help the poor. She claims to be in favour of equality, when in reality it appears that it’s all about the large imposing governmental bungalows with open spaces and gardens on one side and over-crowded housing, business spaces etcetera, for everybody else on the other.

There are a couple of arguments why education should be paid by state. More societal productivity is one. Well, if you build a factory, the factory too will be more productive for the society. Getting educated in ways that make you more productive is investing in more human capital. In a market system when you insist on more human capital, most of the return goes to you because you get a higher wage.

Now, that may be less true in India, I don’t know how much of the wage goes to the government in one-way or another. As a general rule, getting education is just a form of capital investment in people and it is not true that my being productive automatically makes you better. You may be a competitor, you may be a customer, but most of the gain of my being productive goes to me.

The other argument is that you need to have educated voters in a democracy so they all vote correctly. Here specifically, you don’t want the government controlling education – they will teach people what they want them to believe. It is hard to tell if education can ensure that people will vote correctly. This is simply because an ordinary voter – not just has very little incentive to vote, but it also affected by various factors. William Buckley said “he’d rather be ruled by a 1000 random people pulled out of the New York telephone book at random, than by the faculty at Harvard; simply because the faulty at Harvard has a fairly uniform set of political bias.”

PN: Thank you, David, for your time.

(Prashant Narang is an advocate with iJustice, a CCS initiative.)