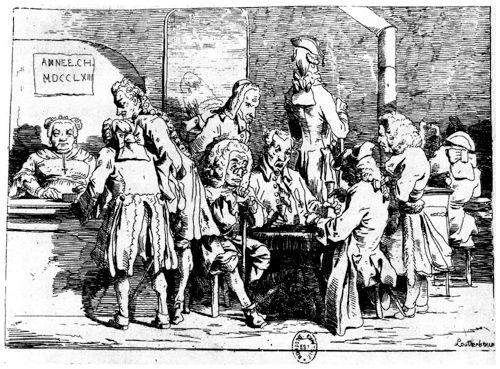 “The diploma gives society a phantom guarantee and its holders phantom rights. The holder of the diploma passes officially for possessing knowledge, and comes to believe, in turn, that society owes him something. Never has a convention been created which is more unfortunate for everyone- the state, the individual, and in particular, society.”

This Independence Day, a friend studying at NLSIU wrote an exam on Private International Law. The special repeat in question (more on those in a minute) was scheduled for the previous afternoon; postponed at the last minute at the request (presumably) of Rahul Gandhi’s security detail, who occupied NLSIU’s academic block all afternoon. ‘We figured the exam was cancelled’, said my highly amused friend that evening, ‘when we were waved away from the building by a guy with a gun’. Mr. Gandhi was coming later that day to address a student body directed to bedeck and bejewel themselves in his honour, but refrain from any spontaneous displays of political acuity.  That a politician could halt and censor the administration of the best legal school in the country isn’t, however, the amazing part of this story (though is it only alumni who remember when Yasin Mallik was to be found waiting to give his talk at tea-shops outside law school?). Of the four people who wrote the exam the following morning, a final roadblock for the weary on the path to graduation two weeks later, only three passed. It was a somnolent public holiday, not to mention the Sabbath, yet the college revived itself from the festivities long enough to shaft someone. Maybe I reread Little Women a few too many times growing up, but does this sound like an allegory of Pilgrim’s Progress already? And I’m just getting started.  If only a German professor could come rescue us already.

The culturally appropriate reference here is probably 3 Idiots, the college-angst movie I watched rather late in the hype. Many themes in the movie were familiar to anyone who has spent time in educational institutes across the country: the suicides we avoid, the intellectual tyranny we seek to escape, vindictive and petty teachers, the formalisation of an education system focused more on job training and less on creativity. In science circles, this has meant the invention-cycle gets derailed and we expend our brains to help other people make discoveries; in legal circles, it means we care less about policy and big pictures and more about dodging regulation and honing the company line. Other elements in the movie, like Aamir Khan’s wholly improbable character, are clearly theatrical. Colleges punish slackers, true, but they punish the genius maverick just as much. Rather, they define and distort such people until either the genius or the maverick in them is burned out. Perhaps, though, that is only my college. Did yours happen to fail anyone on Independence Day?

It was no ordinary exam that she failed: the special repeat is granted only to those people who have one subject standing between them and salvation, whether it be going up a year or getting out entirely. This special repeat was a fifth-year one, which meant the person who failed will only graduate next year, after being a hair’s breadth away from a finishing line she has been aspiring to for eight years. The length of the stick bears no comparison to the paltry carrot: the NLS degree, a barcode to the good life. Parents consider it a guarantee for employment; friends, who know better, counsel legitimacy.  For the people who are writing this exam, the degree is a shiny piece of cardboard limp with age and effort; long toil having sapped any enthusiasm they might once have had for it. It is only an ability to explain to the curious and the critical what one did for the last five (six/seven/eight) years that motivates people writing exams one week before convocation; the quick rebuff, ‘I got my degree’, because you have no genuine response to the question. It is a scenario to prove Montaigne’s prescience: the school of necessity is indeed kept by a violent mistress.

I did not run that particular gauntlet in my final year, but can vividly sympathise with the emotion that propels it. One year later, I am still filling the vast gaps in my education, still grappling with the terror of utter ignorance. Arguably, a legal education is intended to forge orators more than writers and framers of technical minutiae more than artists in abstraction; maybe the failing is all my own. I was not the brightest button in my class, nor in my college, but neither was the person who topped it, at best a schemer and at worst a venal backstabber. To be a star in this academic firmament, you needed not only smarts and work, but also the right kind of intelligence and increasingly the right kind of wheedling.

If you were to ask me what I discovered in my five years training to be a lawyer, how to down a dozen shots and the wondrous Sonny Boy Williamson would probably rank higher than any academic achievements. On the other hand, I am an inveterate reader, and a finer library you would be hard pressed to find in your everyday college. The “elite college” is thus a complex conundrum: quicksilver classmates who take one from country bumpkin to consummate blatherer, teachers who can inspire if they would just try, a vigorous curriculum which can’t but help improve one’s erudition and elocution. I learned plenty writing four papers every trimester; it taught me invaluable lessons in pacing, structure, discipline, research, and creativity. True, these developments went largely unnoticed by anyone except me: they certainly didn’t reflect on my grades. Yet, without law school I wouldn’t be writing this column, and for that I will always be heartily grateful.

If the only marker of education is the improvement of one’s personal lot in life, there is no doubt graduating from a reputable institution repays one hundred-fold. For every classmate lost between years, there is one at Harvard and another making more money than Midas. Yet, all too often, the cost of the degree is obscured by publicity, and all anyone on the outside hears about is the payoffs and the kickoffs. As with any bloodsport, broken bones and buckets of guts and tears are ignored in the quest for the ideal outcome, the perfect reputation. When this goes on for too long, middlemen and managers become peddlers in dreams and fantasies, and an image is crafted that lacks any relationship with reality. Everyone doesn’t graduate; people leave to save their sanity, people are forced to leave; sometimes they kill themselves, often they become cardboard cutouts of their earlier vibrant selves. Any worthy enterprise takes its toll, to be sure, but shouldn’t worth be measured, partially, by its downside? Don’t potential students have the right to know what they might be getting into, rather than be encouraged to rush headlong into the promise of a rosier existence?

The real benefit of the education is emancipation, social as much as personal. It opens up worlds and doors that are all too readily closed to fresh blood, it catapults one into the arena where decisions are made and policy considered. It gives one, to use a hackneyed word, agency. A legal education, with its emphasis on the ways in which we are governed, does that better than most. We are, truly, the music-makers, the movers and shakers; and sometimes the world-losers and world-forsakers.  It is not a responsibility that is easy to evade, which is not to say we don’t flee as fast as we can into the arms of private capital, but to have informed, considered opinions on our politics and our democracy is no small thing. Democracies are run, or ought to be run, from a vantage of knowledge, and simply reading India’s constitution with a view of understanding it, does, in fact, take the better part of three college courses. Yet, this is precisely what makes a stultified legal education, of the kind we increasingly notice in our institutions, such a terrible waste: laws were invented to be interpreted, and when one’s creative faculties are locked away for five years, that is a skill it is impossible to learn. One might know, down to last precedent, what everyone else thinks of the matter (and reap the rewards of being such an autodidact) without the least inklings of an autonomous opinion.

It is the fearlessness required to prove everyone else wrong, or dated, that makes a good brain a brave one, and that is the difference education is intended to foster. We were all smart before we got in (while the entrance exam tests for privilege rather than potential, that is the subject of another essay), it is the purpose of a professional education to transform us into courageous, enlightened, and engaged intellectuals, with less to lose than most people and thus more spunk and daring on display. It is the purpose of a legal education to empower one to convert helplessness into franchise, to aid those who can’t speak to stand up for what they are owed by society, by privilege, by history. Chomsky called it the ability to speak truth to power, a responsibility Edward Said once spoke passionately about in Representations of the Intellectual:

“The intellectual, in my sense of the word, is neither a pacifier, nor a consensus-builder, but someone whose whole being is staked on a critical sense, a sense of being unwilling to accept easy formulas (sic), or ready-made clichés, or the smooth, ever-so-accommodating confirmations of what the powerful or the conventional have to say, and what they do. Not just passively unwilling, but actively willing to say so in public.

“This is not always a matter of being a critic of government policy, but rather of thinking of the intellectual vocation as maintaining a state of constant alertness, of a perpetual willingness not to let half-truths or received ideas steer one along. That this involves a steady realism, an almost athletic rational energy, and a complicated struggle to balance the problems of one’s own selfhood against the demands of publishing and speaking out in the public sphere is what makes it an everlasting sphere. Yet its invigorations and complexities are, for me at least, the richer for it, even though it doesn’t make one particularly popular.”

We were sent to a law school that was founded on the premise that it would educate questioning minds as well as polished ones; that it would train people to appreciate what Joyce meant when he said “Thinking is a mode of experiencing the world”. Instead, we leave little more than trained monkeys who can marry the right AIR with the right occasion (admittedly no small skill; shelves of AIRs induce vertigo in my brain). To boil it down to a nutshell sound bite, here is my point: perhaps, to be advocates in the truest sense of the word, we should also be taught to stop and wonder, every so often, whether precedent might be less important than principle, and heresy more productive than hierarchy.

Nandini Ramachandran blogs at Chaosbogey and is the “subtlest beast of all the field”. We understand she will write on law, society and education.