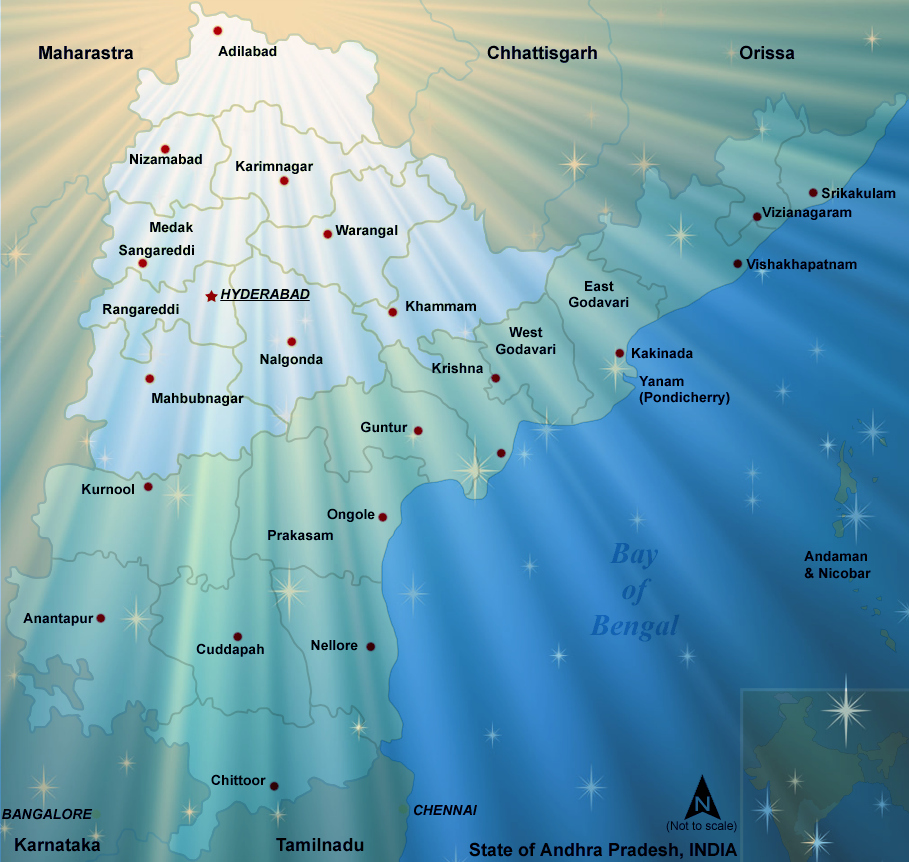 If all goes as the Congress has planned, we should have a new state called Telangana in another four to six months. But if you speak to people who have been active members of the movement for a separate Telangana, the conversation would not be about the creation of a new state. For them, Telangana has always existed as a distinct entity, a fact that the central government has finally woken up to. So it’s less “creation” and more “demerger”. Michelangelo had once said that in every block of stone lies a hidden figure and that it was the sculptor’s job to emancipate it. To the Telangana movement, Andhra Pradesh was the block of stone that enclosed the Telangana region in its grip; now they may have chipped away enough to be free.

Certainly, as a Bengali who has lived in Delhi all his life, with little or no connection to Telangana or Andhra Pradesh, my knowledge of the subject is severely limited; my emotional investment, even more so. However, the Congress’ latest decision has thrust this issue into the national consciousness, which in turn has led to animated (often heated) conversations in social gatherings. But having had these conversations in Delhi, I realised that for most of us, there is just too much physical distance and emotional detachment from the subject for it to really matter. Most people I have spoken to here seem to be against the separation because it would open the door to demands of statehood from every minor region which has ever felt neglected (and there is an unsettlingly large number of them in this country). And even though the slippery slope is, in terms of logic, an informal fallacy, one sees the point. That said, one needs only to look back at history to realise how important this issue is to so many. 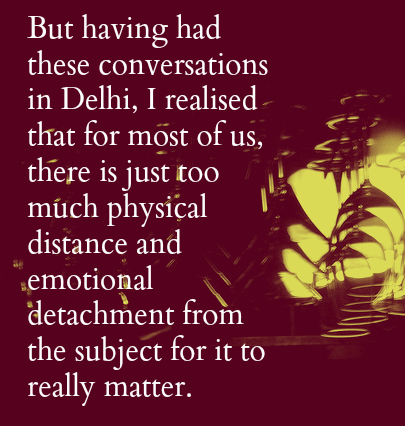 Telangana’s peculiar history makes it impossible for us to reasonably compare its situation with that of the other newly formed states. As a part of the princely state of Hyderabad, it was ruled by the Nizam till a rather frustrated Sardar Patel sent the Indian Army in to overthrow him in a mission called Operation Polo (thus named, apparently, because the Hyderabad state had the largest number of polo grounds in India at the time – clearly the Indian Army had set their sights on the most important targets). The ensuing battle lasted all of five days. A part of the Indian union now, in 1956, Telangana was grouped together with other Telugu speaking areas to form the state of Andhra Pradesh. However, what needs to be borne in mind here is that in the two centuries during which Telangana was a part of the Nizam’s Hyderabad, it had developed its own language, traditions, culture and identity, which was quite distinct from Andhra and Rayalseema.

While speaking to a few friends from the area, I realised that the people of Telangana were seen as unintelligent, crass, and coarse by their Andhra neighbours. They were looked down upon and frequently made the butt of some pretty nasty jokes. Telangana is a lot poorer than its coastal cousins, because as opposed to the hilly coast, which gets a substantial amount of rain and has fertile, arable, and productive land, Telangana is hot and arid. Apart from this, thanks to the British, Andhra also benefited from higher standards of institutionalised education. The Telangana dialect was seen as a bastardised version of “pure” Telugu; it was dismissed as a dialect that should never be spoken by “decent people”. A friend tells me that his mother often recounted her experiences of being admonished by her teachers in school for speaking her native Telangana dialect because it was too vulgar. There was clearly some misunderstanding here because, when she got home, she would find her parents and other elders of unquestionable respectability speaking in that same “vulgar” dialect. The subtle trauma of a child being forced to other herself from her family and culture is hard to put in words.

All these concerns were already beginning to bubble up to the surface in 1953 even as the State Reorganisation Commission submitted its report on the viability of a “Visalandhra” state. While Andhra residents were more than happy to have a unified state, Telangana feared two things in particular: being pushed aside and trampled underfoot by the more educated and richer Andhra people, and losing control over the Krishna and Godavari rivers. The concern over Krishna and Godavari still stands. Although Telangana houses almost 70% of the catchment area of each of these rivers and is the largest of all regions of Andhra Pradesh, it gets a minuscule percentage of the water for irrigation purposes, while coastal Andhra gets the lion’s share. And as for being pushed aside by the rest of Andhra, how about this startling fact: in the 56 years of its existence, Andhra Pradesh has had a Chief Minister from Telangana for little more than 10. The powerful and wealthy sections of society have thus far been largely non-Telangana. The people of Telangana feel that the rest of Andhra will do nothing to help them; that they must break away to help themselves.

But the answer isn’t that simple, unfortunately. It never is. Seema-Andhra has a lot of money invested in Hyderabad. Telangana’s separation may cause investors to pull out of Hyderabad, which would be catastrophic for the city and the new state’s economy. Indeed, Seema-Andhra depends on Telangana for water and energy, while Telangana depends on Seema-Andhra for food and money. How this delicate balance will be affected by the impending divorce remains to be seen.

The Congress’ move has predictably raised a storm of controversy on every front, even within its own party cadre (MLA P. Ramesh Babu tendered his resignation yesterday). Is it political opportunism? Well, if it is, it isn’t new. In May, TDP President N. Chandrababu Naidu did an about turn on his legendary father-in-law’s vision for a single unified Andhra Pradesh. And then another TDP leader, Kodela Siva Prasad, went against the party line and said the bifurcation of the state would be “disastrous”. Naidu’s departure from his party’s long held stance was evidently motivated by the fact that TDP’s popularity in the state is falling at an alarming rate. They might as well try to get Telangana on their side. Although one could argue that he could have achieved this had he spent his time as Chief Minister actually working for the upliftment of the Telengana region and not just throwing his considerable resources at Hyderabad alone. Whether or not Congress had similar motivations is a fraught question, but if this proposal is approved by the Parliament, it will have set in motion the wheels of history and we can only hope that the ride won’t be too bumpy.