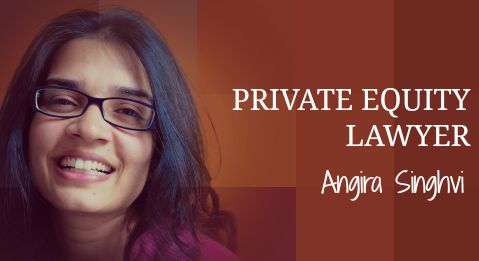 When investment flows in from countries located outside India for investment in some business activity and not merely stock or trading, the amount is treated as foreign direct investment (“FDI”) and the investment needs to comply with applicable regulations. Many private equity funds are based out of tax havens such as Mauritius and the British Virgin Islands and FDI is routed through such jurisdictions.

Every year, some time in the months of April or May, the Ministry of Commerce and Industry issues an FDI policy, governing areas such as the kind of instruments that may be issued, sectors in which investment may be freely made, and the procedure of issue. The policy is reviewed every year and changed if necessary.

Depending on factors such as the business sector, the nature of the instrument, and the intended percentage of shareholding, FDI can fall under the automatic route or the government route. Under the automatic route, the investor can directly invest into the target company without obtaining any prior approval from the government. Under the “government route” or the “approval route”, prior approval is required from the Foreign Investment Promotion Board. For example, prior government approval is necessary in mining, coal and lignite, and real estate unless some prescribed conditions are complied with. 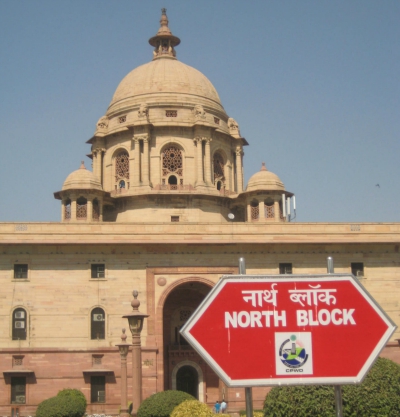 The Foreign Investment Promotion Board is housed in the Department of Economic Affairs of the Ministry of Finance.

Structure of the target: FDI investment into a company or a venture capital fund (not being a trust) is most straightforward because there are fewer restrictions and the investment is permitted through the automatic route. While investors may prefer investing in trusts and LLPs to take advantage of tax and operational benefits, additional structures are required for an FDI investment.

Types of instrument: Indian companies can issue equity shares; fully, compulsorily, and mandatorily convertible debentures; and fully, compulsorily, and mandatorily convertible preference shares under the automatic route subject to the pricing guidelines or the valuation norms prescribed by the regulations under the Foreign Exchange Management Act, 1999 (“FEMA”).

Convertible instruments get converted into equity after a specified period of time. A prescribed conversion formula determines the value of that instrument or the equity shares to be issued. Unless they are compulsorily convertible, they do not fall within the category of permitted instruments under the automatic route.

All other instruments (including optionally convertible instruments) are considered debt and require compliance with the Reserve Bank of India’s guidelines on external commercial borrowing.

The price or conversion formula at the time of conversion of a convertible capital instrument should be determined at the time of its issue according to any internationally accepted pricing methodologies and on arm’s length basis for unlisted companies. For listed companies, a valuation has to be made under the Securities and Exchange Board of India( Issue of Capital and Disclosure Requirements) Regulations.

In order to use the automatic route, the instruments need to be fully paid up and comply with the pricing norms, failing which, the government’s prior approval is required.

Business sector: FDI policy restricts the level of investment in certain sectors. In such sectors, investment above a certain percentage of the total shareholding requires the prior approval of the government. In some sectors, even indirect shareholding or control is not permitted. For example, in defence production, air transport services, ground handling services, asset reconstruction companies, private sector banking, broadcasting, commodity exchanges, credit information companies, insurance, print media, telecommunications, and satellites, no transfer is permitted that may result in ownership or control by foreign entities.

The term ‘control’ is significant for private equity transactions because investors tend to insist that their active consent should be taken before any main action affecting the company is taken, such as any future financing, entering into any agreement above a certain value, appointment of directors, deciding upon agenda of board and shareholders’ meeting, restrictions on sales and company assets, and sale of shares to third parties. Even when they have a minority stake in the company, they insist upon such rights and often, this list is so wide that it may be interpreted as exercising control over the company.  According to the SEBI, an agreement that incorporates such a condition would give the private equity firm ‘control’ over the company even though its shareholding is not high enough to trigger the Takeover Regulations.

In addition to the requirement of having to make an open offer, the target company and its board of directors become subject to a few other obligations. For instance, during the offer period, no person representing the acquirer (or any person acting in concert with him) can be appointed as a director on the board of directors of the target company.

If the private equity investor decides to acquire the entire public shareholding resulting in the delisting of the company, even more regulations apply in the form of the Securities and Exchange Board of India (Delisting of Equity Shares) Regulations, 2009 (“Delisting Regulations”). The company must be listed for a period of at least three years and the delisting cannot result from a buy-back or preferential allotment of shares by the company.

It is an offence under the Securities and Exchange Board of India (Prohibition of Insider Trading) Regulations, 2015 to ‘deal in securities’ while in possession of unpublished price-sensitive information, that is, any information that, if published, is likely to affect the price of the securities of a company. The Companies Act, 2013 has also introduced provisions on insider trading. Section 195 of the Act, which applies to unlisted companies also, lays down punishments of imprisionment and hefty fines for their contravention.

Since private equity investments are usually made in companies, a detailed understanding of the Companies Act, 2013 (“Act”) is necessary before advising on transactions. Some of the important provisions are discussed here.

Layered investment: Investments through more than two layers of investment companies, preffered by private equity investors because of their tax efficiency, are not permitted under the Act.

Restrictions on transfer of shares: Unlike its predecessor, the Act allows shareholders of ‘public’ companies to enforce restrictions on the transfer of securities. Private equity investors therefore, can freely stipulate conditions on the transfer of shares such as drag-along rights, tag-along rights, and right of first refusal (all of which will be explained in detail in a later post on transaction documents). The Act only protects these conditions as if they are a contract between private persons, and so, to bind the company, it may be advisable to incorporate these provisions into the articles of the company.

Representation on the board: In order to safeguard their investment, private equity investors usually nominate one director to the board of the target company. As their legal consultant, you should be able to advise the investors about the consequences of such an appointment. A director who becomes ‘aware’ of any contravention by way of his participation or receipt of information and does not object to such contravention can be subject to prescribed punishments. Such liability extends to non-executive directors as well.

Amendments to a company’s articles: The articles of a company are amended following a private equity investment to reflect the amended understanding amongst shareholders. You should verify whether the current articles of the company contain any provisions that may only be altered after following procedures that are more restrictive than those applicable in the case of a special resolution, and that these procedures are complied with at the time of the closing. Such provisions may also be inserted in the articles to protect the interests of the investor in its capacity as a minority shareholder.