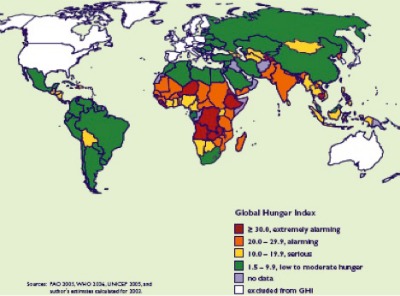 The history of the conception and realisation of the National Food Security Act is the history of deliberations between at least four sides. The central anchor of course, has been the UPA government, which has been pursued by the National Advisory Council led by Sonia Gandhi. Meanwhile, the Supreme Court and its Commissioners kept reminding the government that the right to food has to be seen as an integral component of the fundamental right to life. Removed from this high drama at the national level, the Right to Food Campaign worked from the grassroots up to create a broad-based public opinion on the democratic and constitutional legitimacy of a right to food for the people of India.

The politics of the right to food is revealed to us in a reading of the deliberations between these four actors. In 2001, following the petition filed by the People’s Union for Civil Liberties (“PUCL”), the Government’s reactions to the Supreme Court’s interim orders revealed a primary dissonance between the “welfarist spirit” of the Indian Constitution as interpreted by the Court and the current ideological bent of the Indian state. Some pondered: “The question remains as to whether the right to food as articulated in PUCL can survive India’s liberalization policies, or whether, in contrast, PUCL will have the effect of modifying or reversing these policies.” They argued that the dominant policy disposition of the government is practically antithetical to the intent of the Supreme Court interventions in the right to food case. In the recent years, by reducing international trade barriers, removing food items from the Essential Commodities Act, and removing governmental control over the licensing, distribution, and storage of food grains, the government has been doing exactly the opposite of what the petitioners desired and the Court endorsed in the PUCL Case.

The question of food security has more to do with the affordability of food than with the availability. With the purchasing power of the rupee having plummeted, the problem of providing food to the hungry has to take a central place in the country’s economic policy. The Right to Food Campaign played an indispensable role in mainstreaming the issues of hunger and malnutrition as social problems in the minds of the public by supporting popular action.

Now, as the law awaits Presidential assent, I don’t believe that the struggle for food security will be complete when it is implemented. While the Act itself needs to be perfected with suitable amendments over time, freedom from hunger is more than a function of access to food. Food security needs to be complemented by equitable access to drinking water, sanitation, and health services along with educational and employment opportunities for the vast multitude of the Indian people. Only then can we ensure that starvation is not reproduced in our society.

There have been accusations that the National Food Security Act is merely vote bank politics. If so, why is it that the Congress thinks that people will vote for food and not for the rhetoric of growth? It is because the people of India run the Indian democracy and not television anchors or the moody securities markets, and the grand old party of Indian politics realises this better than most others. The people demand their dues from the governments that they elect and the food security law, even with all its shortcomings, is fundamentally a testimony to the success of India’s democracy.