In a recent decision, Shabnam Hashmi v. Union of India, (2014) 4 SCC 1, a three-judge bench of the Supreme Court upheld the right of a Muslim couple to adopt a child under the Juvenile Justice (Care and Protection of Children) Act, 2000 as amended in 2006 (“JJ Act”). The question posed sharply before the Court was whether a Muslim couple should be allowed to adopt children under the JJ Act even though Muslim personal law as applicable in India only provides for the Kafala system, under which a child can be put under the care of a Kafil, who provides for the well-being and care of the child while the child remains the descendant of the biological parent and not the adoptive parents. The implication of adoption under the JJ Act is that the adoptive parent is treated just like the biological parent of the child and biological parent ceases to be the parent of the adopted child.

The petitioner, a social activist, approached the Supreme Court directly under its writ jurisdiction by filing a PIL and seeking a dual declaration that:

1. Muslims can adopt a child with full rights as natural parents under the provisions of Section 41 of the JJ Act, and that

2. the right to adopt a child be declared a fundamental right.

Speaking for the Division Bench, Justice Ranjan Gogoi’s judgment answered the first question in the affirmative, holding that prospective parents can either employ the provisions of Section 41 to adopt a child or submit themselves to their applicable personal laws. Personal laws however, cannot dictate the operation of the provisions of an enabling statute like the JJ Act and cannot come in the way of a person who chooses to adopt a child under JJ Act. In effect, the Supreme Court gave Muslim parents the choice to adopt either according to their personal law or according to the JJ Act.

Despite having developed this methodology, surprisingly, the Court found its own approach to be an interim measure, until the professed goal of the Uniform Civil Code under Article 44 of the Constitution is achieved.  The court observed:

“To us, the Act is a small step in reaching the goal enshrined by Article 44 of the Constitution. Personal beliefs and faiths, though must be honoured, cannot dictate the operation of the provisions of an enabling statute. At the cost of repetition we would like to say that an optional legislation that does not contain an unavoidable imperative cannot be stultified by principles of personal law which, however, would always continue to govern any person who chooses to so submit himself until such time that the vision of a uniform Civil Code is achieved. The same can only happen by the collective decision of the generation(s) to come to sink conflicting faiths and beliefs that are still active as on date.”

While this approach is sensitive to the country’s many faiths, it nevertheless presupposes that the UCC is a constitutional goal that should be achieved, even if in the distant future. Applying the same thread of reasoning, it answered the second question about whether the right to adopt is a fundamental right of all citizens under Article 21 in the negative. It reasoned that:

“The Fundamental Rights embodied in Part-III of the Constitution constitute the basic human rights, which inhere in every person and such other rights which are fundamental to the dignity and well being of citizens. While it is correct that the dimensions and perspectives of the meaning and content of fundamental rights are in a process of constant evolution as is bound to happen in a vibrant democracy where the mind is always free, elevation of the right to adopt or to be adopted to the status of a Fundamental Right, in our considered view, will have to await a dissipation of the conflicting thought processes in this sphere of practices and belief prevailing in the country.”

The opt-in-or-opt-out approach should not have been treated by the Court as an interim measure towards the end of achieving the UCC. It is common knowledge that religious personal laws are strongly wedded to the religious-cultural identity of religious minorities in India, particularly the Muslims. Any attempt to change that using the UCC will be viewed by the concerned religious minority as a majoritarian excess and likely to create only conflict without in any manner enhancing the legal rights of the intended beneficiaries. The fact that the biggest vanguards of UCC in India are those on the extreme political right, whose support for UCC is intended to diminish the religious-cultural identity of the religious minorities rather than empower gender groups within them, calls for a substantial judicial and societal rejection of the UCC route to reform of personal laws. 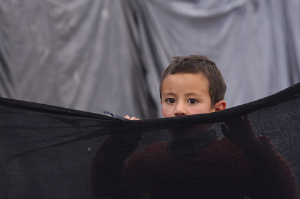 The reform of personal laws, on the issues where it is necessary, from within the Muslim community, in particular through pressure from Muslim women and men on the Personal Law Board, is possibly the most democratic and effective means to achieve the change in Muslim personal law in India. The mechanism of opt-in-or-opt-out of statutory law and personal law adopted by the Supreme Court can co-exist with the personal law without in any manner characterising it only as an interim measure.

Thus, if the Court did indeed have to decline from declaring the right to adopt as a fundamental right, the lack of necessity for such declaration, rather than existence of contrary personal law would have been a much better basis.

(Shadan Farasat is an Advocate-on-Record at the Supreme Court of India.)