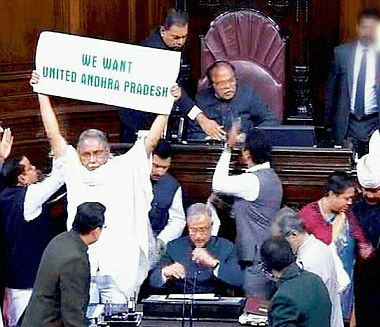 Last month, a Working Group of the National Advisory Council (“NAC”) recommended a pre-legislative process for all Central government draft legislation. The recommendation announced that it would try to “move in the direction of creating institutionalised space for people’s participation in the formulation of legislations in a systematic manner”. Mandira Kala of New Delhi-based PRS Legislative Research spoke with us about these recommendations.

The edited transcript of Ms. Kala’s talk is below.

Pre-legislative scrutiny involves the examination of bills and legislation before they arrive in Parliament. Mandira Kala said that the questions discussed by the NAC included what kind of information should be made public when a ministry is drafting a Bill, the kind of consultative process that should accompany a draft law, and who should be involved in such a process. The note discussed the importance of pre-legislative scrutiny, especially by citizens and highlighted the fact that citizens of India were rarely able to access information on the legislative proposals from different ministries.

“Typically, this happens within the ministry and the bureaucracy and is not a very consultative process in terms of engaging with different stakeholders and different constituents. As a result, if the government is thinking about bringing in law on land acquisition, we would only know about what kind of law the government is thinking of, when it made it to Parliament.” Another peg in the NAC report is Section 8 of the Right to Information Act, 2005, which talks about pro-active disclosure by the government. Laws and rules made under different legislations is one aspect of it. Some of these issues were also addressed by the Financial Sector Legislative Reforms Commission, which looked at the overhaul of financial sector regulation.

Referring to the current debate on disruptions in Parliament, she said that legislation tends to pass quickly and without effective examination. In the U.K. Parliament, Ms. Kala noted, the government brings out a calendar of the important legislative matters that they propose to enact. “We only get to know this when a Parliament session is starting up. In this session for instance, land acquisition and food security were big bills. If there was a Parliamentary calendar, or a calendar of pre-legislative ideas, then it would be useful for citizens to start thinking about the legislative priorities of the government and how they can engage with it.” That kind of an exercise goes into strengthening the ultimate bill, she said.

There was a consultative process before the current food security bill was brought into Parliament. “The ministry had circulated a draft of the bill for comment and several people had given their comments but when the bill was produced in Parliament, there was no clarity on what kind of comments the government considered, what was the substance of the responses, and what issues were being addressed.” Ms. Kala said that the government could state the problem they were seeking to address with a particular law, their opinion about the most effective way to solve the problem, and the issues up for debate in an explanatory memorandum for bills brought in after pre-legislative scrutiny.

Had there been such an explanatory memorandum to the National Food Security Bill, 2013, Ms. Kala argued, it would have mentioned the existence of the Public Distribution System, discussed whether it had worked, and discussed the best way to allocate food resources to those who need it. Such cost-benefit analysis is an important part of strengthening the pre-legislative process. Currently, none of that happens.

Pre-legislative scrutiny could also reduce the likelihood of subsequent amendments to legislation. The government would have thought through the draft law with more care and more consultation with stakeholders and political parties. “It would be more of a consensus building process from the very beginning rather than a controversial and at times hostile process that happens when Parliament considers passing the law.” Ms. Kala added that this would not be entirely new for the government. Some laws require that draft rules under those laws should be placed before the Parliament before they are enacted. The important part of the pre-legislative process is the documentation of the costs and benefits of the proposed legislation and how the proposed intervention in a policy problem is expected to work out. If these guidelines are published ahead of the legislation coming in to Parliament, citizens and stakeholders will be able to engage more fruitfully in the law-making process.

(Aju John is part of the faculty at myLaw.net)