Last week, Professor Nick Robinson wrote a well received op-ed in Mint, followed by a blog post on Law and Other Things, exploring Qui Tam enforcement as a possible solution to curb corruption in India. This post offers some more detail about the procedure.

Qui Tam is short for the Latin phrase, qui tam pro domino rege quam pro se ipso in hac parte sequitur, meaning “who pursues this action on our Lord the King’s behalf as well as his own”. A Qui Tam action allows a private citizen to sue on behalf of the government. Some part of the compensation or settlement money that is recovered if the suit is successful, is shared with the citizen while the majority goes back to the government. The idea is that a private citizen and the government work together to fight corruption and fraud.

Qui Tam is said to have been introduced in England in the fourteenth century to supplement an inefficient legal system. The early laws included many bounty provisions that rewarded citizens who successfully brought about civil and criminal actions on the King’s behalf. The procedure remained even after modernisation as it turned out to be valuable in bringing low-visibility cases or cases usually beyond detection before the courts. Though it stood for centuries, the English Parliament slowly strayed away from Qui Tam statutes in the nineteenth century and in the early twentieth till finally in 1951, with the passing of the Common Informers Act, 1951, all Qui Tam provisions were abolished.

In the United States, Qui Tam action is usually taken under the False Claims Act (“FCA”), (31 USC §3729–3733). The FCA was passed during the U.S. Civil War to deter the corrupt actions of defence contractors. In 1943, during the Second World War, amendments weakened Qui Tam actions. They reduced the share of the private citizen and increased government powers to intervene. However in 1986, due to large scale fraud, especially in the defence sector, the FCA was again strengthened, to include greater penalties and a greater share of the recovery for citizens. 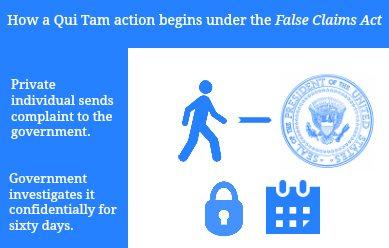 It is important to note that under the FCA, the false claim need not be made directly to the government. The cause of action will arise even if the false claim is made to other parties, provided it ultimately causes a loss to the government. The complaint is actually served on the government, which keeps it under seal for sixty days and investigates the matter before deciding whether to intervene or not. The government can ask for an extension, and it has usually done so. The identity of the complainant is kept secret for the period that it is under seal but may be revealed at later stages of the suit.

This carries several risks for the complainant. During those sixty days, the private individual and his lawyer have to maintain strict secrecy. The question of personal involvement in the false claim may come up. If the complainant participated in the fraud in some manner, filing a Qui Tam action will not give that person any protection against being implicated by the government.

A constitutional objection rests on the doctrine of separation of powers. According to Article II of the U.S. Constitution, public law enforcement is the executive’s duty. How can a private individual be empowered to represent the polity in public interest? In India, it is important to note, the courts have relaxed the requirement of locus standi to a large extent in cases of public interest.

There are also ethical objections. Whistleblowing is morally justified by good motives. In Qui Tam actions however, the incentive is primarily financial. Since the motives are less altruistic, the potential whistleblower may withhold the complaint or action until the fraud has reached levels where it will generate greater financial gains in a suit. It even leaves scope for harassment and frivolous claims with mala fide intentions, purely out of opportunism. Individuals may even directly go for Qui Tam action without first trying to verify or redress it with appropriate authorities, internal or external. This risk is compounded because there is no requirement of direct knowledge of the fraudulent act. 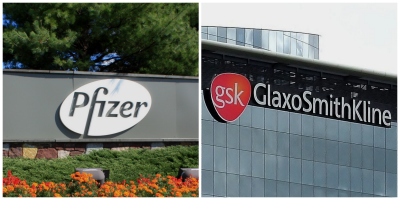 Even with its manifold problems, the Qui Tam action has been successful in retrieving billions of dollars. In 2009, pharma giant Pfizer settled for 2.3 billion dollars in a Qui Tam lawsuit against it for allegations that included illegal kickbacks and marketing fraud. More recently, in 2012, another pharma giant GlaxoSmithKline settled for three billion dollars, the largest Qui Tam settlement in U.S. history, after a suit was brought about defrauding government funded healthcare programs.