Get ready once again, for Law Biriyani, our fortnightly quiz. The first person to answer all six questions in the comments will receive a discount of Rs. 8000/- on any course or certification they want to do on myLaw.net. The quiz will be open up to 11 a.m. on Thursday, October 9. Make sure you leave your email address along with your answers.

Q 1. Connect the following persons to another personality who has been in the news recently.

Q 2. Fill in the blanks to indicate who comes next in the following list.

Q 3. The Economist estimates that this foundation is even larger than the Gates Foundation, which has USD 37 billion in its coffers.

The money however, isn’t trapped inside this foundation. The trademark and concept is owned by another private company, Inter ___ Systems. So just to operate the stores and use the brand name, the nonprofit has to pay each year, royalty payments that make their way back to the brand’s founder and his family. Which famous group follows this corporate structure in order to reduce tax payments?

Q 4. A certain item has become a symbol for a particular movement after tens of thousands of people recently used the item to shield themselves from pepper spray and tear gas fired at them. Social media immediately named the movement with reference to this item. What item are we talking about? What is the name of the movement?

Q 5. Héctor Varela recently received special permission from the authorities in the south Argentinian region of Rio Grande (Patagonia) to name his son after arguably the most famous export of another city, Rosario.

Government officials in Rosario however, on hearing this were less than pleased and put an end to the idea going forward, saying it will cause confusion to have a last name become a first name. To that end, the city of Rosario has decided to nip any potential trend in the bud by passing a law that prohibits use of “________” as a first name.

Either fill in the blank or tell us what the law prohibits. 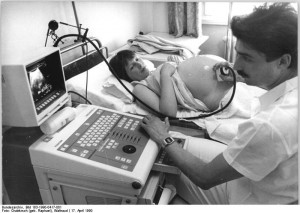 Q 6. In 2005, a famous Hollywood actor who has acted in a movie that has been officially remade in Hindi, bought an ultrasound machine to monitor the progress of his unborn child. Unhappy with the development, doctors pushed for a law that would prevent those not in the medical profession from buying diagnostic ultrasound gadgets for fear of misuse. The California Assembly in 2006 overwhelmingly passed bill AB2360 that would bar the purchase of ultrasound machines by private parties. The bill garnered a lot of attention as it was nicknamed after this actor. 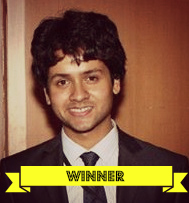 Thank you for sending in your answers to yesterday’s Law Biriyani, our fortnightly quiz. The winner of the prize worth Rs. 8000/- is Gourav Mohanty, a student in the fourth year at Symbiosis Law School, Pune. He loves mooting and strongly advocates working hard and partying even harder.

These are the answers, which many of you got correct.

1. Supreme Court judges being appointed as Governors of states. 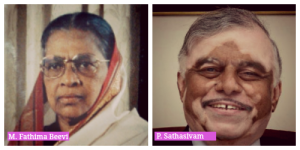 The cartoon went with the description ‘Nessie weighs in on Scottish independence’ referring to the Lochness monster’s opinion on the independence of Scotland. 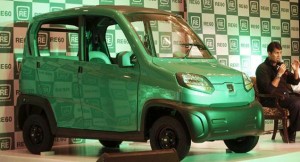 3. Quadricycles, a new category of motorised four-wheelers which are being introduced on Indian roads starting October 1, 2014.

Sivaji Rao Gaikwad is the real name of Tamil actor and superstar Rajnikanth. The movie is Main Hoon Rajinikanth.

5. She is the judge presiding over the trial of Oscar Pistorius. On September 12, 2014, Judge Masipa found Pistorius not guilty of murder but guilty of the culpable homicide of Reeva Steenkamp. Judge Masipa adjourned the trial until October 13, 2014 for sentencing and granting a bail extension to Pistorius.

Recently, the Centre for Public Interest Litigation (CPIL), the NGO whose PIL petition led to the cancellation of 122 2G licenses, through the advocate Prashant Bhushan, has refused to disclose to the Supreme Court, the identity of the whistleblower who passed on documents allegedly showing that CBI chief Ranjit Sinha met persons accused in the 2G spectrum and coal scam cases.  The founding members of the CPIL, including senior advocates Fali Nariman, Anil Divan, Shanti Bhushan and Justice (Retd.) Rajinder Sachar, had unanimously resolved that disclosing the whistleblower’s identity would be a breach of trust.

Welcome once again, to Law Biriyani, our fortnightly quiz. The first person to answer all six questions in the comments will receive a discount of Rs. 8000/- on any course or certification they want to do on myLaw.net. The quiz will be open up to 10 a.m. on Wednesday, September 24. Make sure you leave your email address along with your answers.

Q 2. A recent event, said to have had economic and emotional consequences, is depicted in the New Yorker cartoon below. Which event? 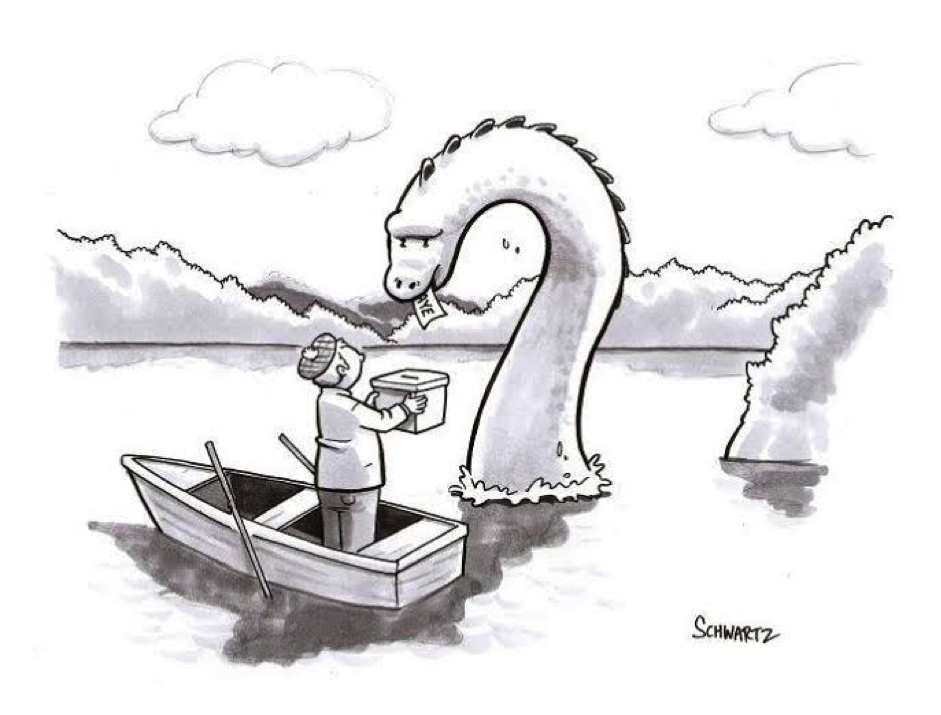 Q 4. Recently, Justice S. Tamilvanan of the Madras High Court granted a stay against the release of a movie by Varsha Productions. The petitioner, S. R. Gaikwad, did not want Varsha Productions to use a name in the title of their movie. What name?

Q 5. After working as a social worker and crime reporter, Thokozile Matilda Masipa (pictured below in an image from The Independent) turned to law and was made a judge in 1998. She became the second black woman to be appointed a judge in the High Court of the country she is from. In 2013, she sentenced a serial rapist and robber known as the “Axeman” to over 250 years in prison. Why is she in the news? 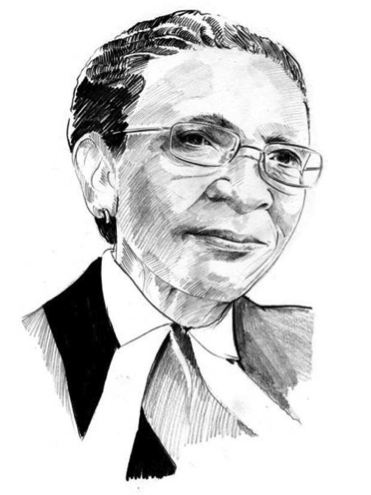 Q 6. Mr. Ralph Nader coined this term some time in the 1970s and he advocated for its usage so that terms such as fink, stool pigeon, and squealer, among others would not have to be used. However the term originally is attributed to the practice of English “bobbies” who would perform a certain act when they noticed the commission of a crime. One of the first laws dealing with this entity was the 1863 United States False Claims Act (revised in 1986), which tried to combat fraud by suppliers of the United States government during the Civil War. What term, currently in the Indian spotlight, are we talking about?

Walnut Knowledge Solutions (www.walnuts.co.in), a Bangalore-based organisation founded by two lawyers, Raghav Chakravarthy and Sachin Ravi, is focused on quizzing and the use of knowledge-based tools for engagement, learning, and development. 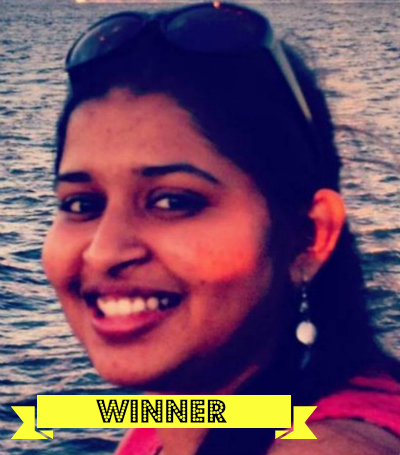 Starting today, this fortnightly column of quiz questions will serve you fresh and spicy biriyani from the legal world. The first person to answer all six questions in the comments will receive a discount of Rs. 8000/- on any course or certification they want to do on myLaw.net. The quiz will be open up to 10 am on Thursday, September 11. Make sure you leave your email address along with your answers.

Q 1. Meghnad Saha, a physicist and a Fellow of the Royal Society, who had been nominated for the Nobel Prize in Physics close to four times, was inspired by the Bolshevik revolution and believed that society should be organised on the basis of the scientific method. In 1938, Meghnad Saha met Subhash Chandra Bose, the then elected President of the Indian National Congress and suggested that an entity be established to further his vision of development.

Pursuant to that, Sir M. Visvesvaraya, the famous statesman and great engineer from Karnataka was elected to a committee established for that purpose. Getting to know of the appointment however, Meghnad Saha approached the great engineer and requested him to step down as he believed that to effectively discharge these duties, there was a need for reciprocity between science and politics. Sir M Visvesvaraya generously agreed and Jawaharlal Nehru was made the head of this committee. This is the short history behind the setting up of what?

Q 2. What recent legislation came out as result of Tamil Nadu Cricket Association’s decision that affected Justice D. Hariparanthaman, Judge, Madras High Court, who had come to preside over a function there? 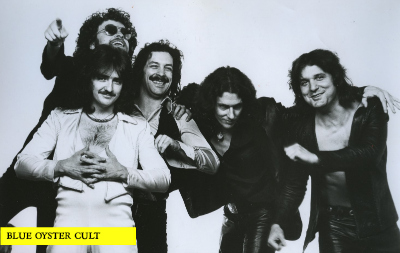 Q 3. Toho Co. Ltd. is a diversified media concern whose income mainly stems from _______ movies and other similar character apart from generating millions through annually licensing the _______ name and likeness for movies, music, toys, posters and other tie-ins. For example, the rock band Blue Oyster Cult paid an undisclosed licensing fee to use ________’s copyrighted roar in its 1977 hit song, “_________”. While the lawyers at Toho aggressively dish out cease and-desist letters, they do however allow for the likeness to be used as long as no one is profiting from it, as with the case of the Mozilla Foundation. What character does Toho Co. Ltd. own? (The blank in the question is the name of the character.)

Q 4. Which modern day English word owes its origin to a latin word meaning “to keep in check”? The use of this word has created a bittersweet experience for people of a particular state recently.

Q 5. His paternal great-grandfather had been a builder of wooden ships, hence the family name, which in Gujarati, means “ship”. His grandfather had subsequently made a great fortune in the shipping business, in part as an agent for British merchant companies in Mumbai, but “lost all of his money” during the Great Depression. He was the first Attorney General of the country to have testified in court. Who?

The artist is trying to trademark a specific head-gear he wears during his performances, which has already been patented in over thirty countries, but ______, a famous company has taken legal action after Zimmerman filed for a U.S. trademark last June, as ______’s lawyers claim that their brand is being affected. What is the more popular name of the artist and identify the company suing him?