A lot has been written about the striking down of Section 66A of the Information Technology Act, 2000 (“IT Act”) since the Supreme Court’s verdict on March 24, and rightly so because, as Saikrishna Rajagopal – my senior in the profession – has put it, the provision was crying to be struck down given its draconian language and scope. While vagueness and unreasonableness were writ large on it, the other provision of the IT Act that was read down – Section 79(3)(b), whose constitutionality was challenged solely by the Internet and Mobile Association of India (“IAMAI”) in W.P. (C). 758/2014 in the same batch of petitions – required and still requires attention to nuance.

This provision, which applies to intermediaries, prior to being read down by the Court earlier this week, used intermediaries as buffers or proxies to impose content restrictions, whose nature and degree were constitutionally impermissible under Articles 19(2) and (6). The argument therefore, that had to be made on behalf of the intermediaries was that, if the nature of a direct restriction on an Internet user’s speech and expression through Section 66A is beyond the pale of Article 19(2) according to the Court, it stands to reason that similar restrictions imposed on a user indirectly through limitations on the content that an intermediary could host, is equally ultra vires Article 19(2). Simply stated, what was not directly permissible under Section 66A, could not be permitted indirectly through Section 79(3)(b) when viewed through the prism of Article 19(2) since the direct and immediate consequence of the restrictions under the latter too was the abridgment of rights under Article 19(1)(a).

To understand this proposition, let’s have a look at a few relevant provisions of the IT Act. The Act defines intermediaries as follows:

From the definition, it is clear that the services provided by intermediaries are critical to the use of the Internet, which as the Court rightly recognised in the judgment, has become a “market place of ideas”. The Internet has evolved to become the medium of choice for the expression of social, cultural, and political views outside of the mainstream media. Therefore, intermediaries who facilitate the use of the Internet must be treated as being integral to its ecosystem. Importantly, the Internet as we know it today is increasingly driven by content generated by users. The quantum and scale of such user-generated content has become monumental.

Sample these numbers- almost 360,000 tweets are published on Twitter, 30,000 edits are made to Wikipedia, Facebook users share 684,478 pieces of content and more than 100 hours of video are added to YouTube, all inside a minute. Given these numbers, it is practically impossible for intermediaries to pre-screen content or exercise any kind of ex ante editorial control. This also means that intermediaries cannot vouch for or take responsibility for the legality of the content being uploaded or transmitted or published on their platforms. And yet, in 2004, no less than the Chief Executive Officer of Baazee.com was arrested for an offer made by a user on that portal to sell an obscene video clip.

To address such instances and so that intermediaries are not held liable for the content created or published by their users, the definition of “intermediary” was amended through the Information Technology (Amendment) Act, 2008 to arrive at the current version of the definition. Importantly, Section 79 of the Act, which deals with immunity to intermediaries from liability for user-generated content, was amended to read as follows:

The unreasonableness of ‘actual knowledge’

The provision challenged by IAMAI was Section 79(3)(b), which has two limbs. The first limb relates to a takedown notice issued by a private individual or party, whereas the second envisages a “takedown notice” issued by a government or its authorised agency. Both these limbs give rise to different but equally grave concerns.

The first limb uses the term ‘actual knowledge’, which, although borrowed from the EU Directive on E-Commerce 2000/31/EC dated June 8, 2000, has not been defined in the Indian statute. The legal and operational challenges with the use of the term ‘actual knowledge’ are clinically captured in a study undertaken in the European Union, which was brought to my attention by Rohit Bhat, a Supreme Court advocate, and which was placed before the Court. It notes that the term has been interpreted in quite a few jurisdictions to mean that intermediaries are expected to sit in judgment over the legality or unlawfulness of content impugned in a takedown notice. Clearly, in most instances, it is beyond the wherewithal of intermediaries to evaluate the legality of content. This establishes the unreasonableness of this mandate. Acknowledging the validity of this concern, the Supreme Court read down ‘actual knowledge’ to mean that there had to be a court order directing the intermediary to expeditiously remove or disable access to the impugned content.

Having said that, although the Court limited the scope of the application of Section 79(3)(b) by the executive to the categories under Article 19(2), the fundamental question of the executive’s constitutional competence to direct such takedown was not addressed, perhaps because the Court was already convinced of such competence under Section 69A. Even if that be the case, the de minimis procedural safeguards provided for under Section 69A and the blocking rules made under that provision, or under Sections 95 and 96 of the Code of Criminal Procedure, 1973 ought to have been applied to Section 79(3)(b) as well, since there is no opportunity for a hearing either for the intermediary or for the creator of the content prior to the issuance of such a notice, nor is there a provision for appeal under the Act from an executive notification directing takedown (except for a writ petition). Having duly taken note in detail of the procedure laid down for blocking under Section 69A, the Court ought to have applied the same yardstick and due process to Section 79(3)(b). 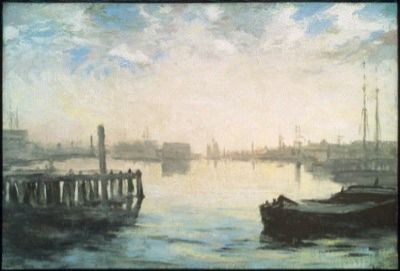 Section 79 was designed as a safe harbour provision – one that protected Internet service providers from the consequences of their users’ actions. The March 24 judgment has made this safe harbour more meaningful.

Critically, in its analysis of Section 66A, having recognised the reader’s right to receive information or content, the Court ought to have taken note of the adverse effect of an executive takedown notice, albeit within the metes and bounds of Article 19(2), on the right of the Internet audience to receive content. Had these concerns been addressed, the judgment would have been far more comprehensive as far as Section 79(3)(b) is concerned and importantly, it would have made India a much more attractive destination for investments by intermediaries given the potential of the internet economy and e-commerce.

Apart from Section 79(3)(b), the IAMAI, along with MouthShut.com, also challenged the Information Technology (Intermediaries guidelines) Rules. Specifically, Rule 3 was challenged since Rules 3(2)(b) and 3(2)(f) are near identical in their language to the various limbs of Section 66A, and Rule 3(4) prescribes the procedure for takedown mandated by Section 79(3)(b). To the extent that the Court has read down Rule 3(4) in the same manner and to the same extent as it did with Section 79(3)(b), it attracts the same pros and cons. As regards Rules 3(2)(b) and 3(2)(f), the Court could have struck them down for the very same reasons it has struck down Section 66A. However, there is no discussion on the content-related restrictions imposed by these sub-Rules despite them being extracted in Para 112 of the judgment. That said, since Section 66A has been struck down and since Section 79(3)(b) and Rule 3(4) have been encumbered by Article 19(2), effectively Rules 3(2)(b) and 3(2)(f) have also lost their potency.

Thus, although the Court has addressed some of the primary concerns of intermediaries relating to Section 79(3)(b) and made more meaningful the immunity granted to them under Section 79(1), the Court could have dealt with the other equally important concerns which have a concrete and critical bearing on the intermediary liability regime in India. Perhaps, the egregious language and consequence of Section 66A drew the Court’s attention much more than the layered issues posed by Section 79(3)(b) and the Intermediary Rules. After all, out of 122 pages of the judgment, 109 pages have been devoted to Section 66A and a like provision of the Kerala State Police Act. Only paragraphs 112 to 118 deal with the issue of intermediary liability. Paragraph 119 contains the Court’s conclusion.

This is not to deny that the judgment is a welcome one and is expected to further the democratisation of the Internet in a tangible manner. However, given the opportunity that these writ petitions represented in undertaking a comprehensive overhaul of the IT Act on a range of related issues, each of which has a critical bearing on freedom of speech and expression on the Internet, it appears that the Supreme Court has passed up a wonderful opportunity. One wonders whether such an opportunity will present itself again.

J. Sai Deepak, an engineer-turned-litigator, is a Senior Associate in the litigation team of Saikrishna & Associates. He is @jsaideepak on Twitter and the founder of “The Demanding Mistress” blawg. He was part of the team that represented a consortium of Internet intermediaries, namely the Internet and Mobile Association of India, in the Supreme Court of India in W.P.(C) 758/2014 which challenged Section 79(3)(b) and the Intermediary rules. Saikrishna Rajagopal of Saikrishna & Associates argued the petition. All opinions expressed above are academic and those of J. Sai Deepak.