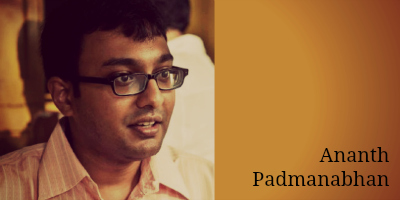 Indra Sawhney, which turns twenty-one on November 16, has the unfortunate legacy of being a decision of the Supreme Court that stands as much for circumvention as citation. This is perhaps natural, considering the decision’s feeble attempt to build a check dam around the flood of populism that reservations had become.

The Court ought to have categorically held: caste is not class. All those buts that followed — “but no reservations in promotions”, “but no reservations in excess of 50%”, “but no reservations for the creamy layer”, “but considerations of merit cannot be ignored” — and all those buts that subsequent decisions relied on Indra Sawhney to carve out — “but no consequential seniority”, “but no shifting of unfilled vacancies to the next year” — have been consistently eroded by State Legislatures, Parliamentary enactments, and egregious constitutional amendments that read more like provisions from a service law manual.

So, what do we really learn from this? That decisions of the Court, even the highest court, can rarely bring in checks on populism unless they are nurtured by parallel institutions, and subsequent benches that understand the essence of the earlier ruling. The failure of Indra Sawhney lies in both. It was fairly clear that our legislators and governments would not do anything much beyond going down the path of aggrandising certain segments of the “votebank” without really empowering them. As an unintended consequence of sorts, it became a matter of pride for this “class” to proudly declare on the floor of the house that the several, patently unconstitutional, enactments and amendments were indeed meant to override anti-egalitarian views expressed by the Court in Indra Sawhney and its successors.

The less predictable letdown was the Court’s response in M. Nagaraj v. Union of India, where it upheld reservations in promotion and the “constitutionalisation” of this opinion through Article 16(4A). The Judiciary laid to waste the right occasion to send out the strong, and legally right, message that equality meant the same regardless of the political process, that it would not make any difference whether values and rights were violated through the mechanism of a statute or permanently butchered through a constitutional amendment, and that decisions such as Indra Sawhney are sacrosanct and untouchable. By upholding Article 16(4A), the Court relegated Indra Sawhney to the dustbin, giving an easy way out to every Parliament of the future that wished to disregard whatever little was left of this decision’s salutary checks and balances.

This legacy is more of a constitutional tragedy, as we continue to witness mindless legislative overriding, especially in the volatile space of “reservations”. The most recent example is the response to P.A. Inamdar v. State of Maharashtra, a well-reasoned decision of the Supreme Court that immunised private educational institutions from excessive governmental interference and especially, “reservations” in the admission pool. Soon thereafter, Article 15(5) came through, proudly proclaiming the power of the State to usher in social justice through reservations.

Sadly, this is the story that the decision in Indra Sawhney passes on to future generations. The answer to unbridled reservations therefore, lies elsewhere, not in our courts, and as much as Indra Sawhney strove for otherwise, this continues to be the case.

(Ananth Padmanabhan is the author of Intellectual Property Rights – Infringement and Remedies.)