Calcutta is one of the most colourful mega-cities in India, and has long been a melting pot of cultures. Naturally, this heritage reflects in its legal system and the businesses that serve its lawyers.

Here are some of the sights from the establishments that nourish the Calcutta High Court at 1, Post Office Street, Kolkata. 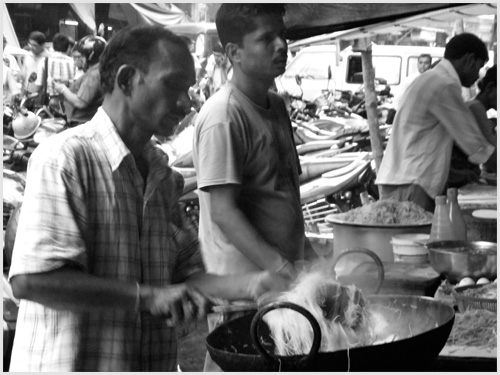 When it comes to fast food in Kolkata, the popularity of chowmein is second only to rolls. 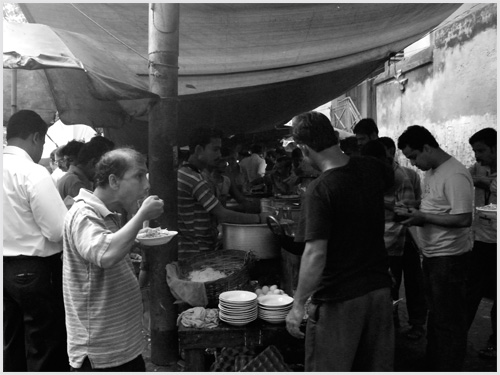 This place in the High Court chattar (locality) is a favourite with anyone interested in a quick, inexpensive lunch. Junior attorneys are often seen carrying packets of food from here for their friends. 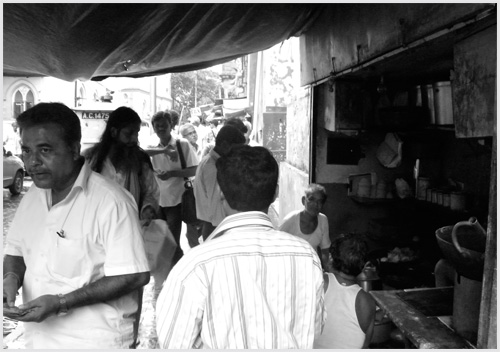 Located next to Victor Moses, one of Calcutta’s oldest firms, this shop is known for excellent jalebis. 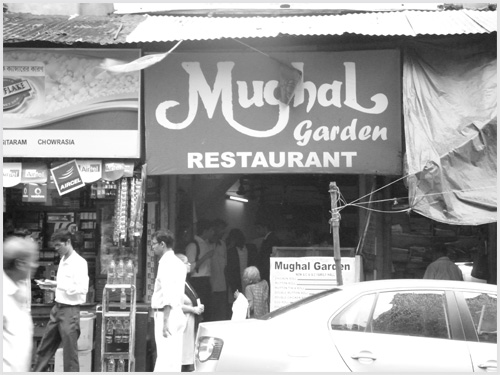 Mughal Garden is the new kid on the block, and unlike most others in the vicinity that serve the usual rice and fish combination, this place is famous for its, yes, Mughlai food. 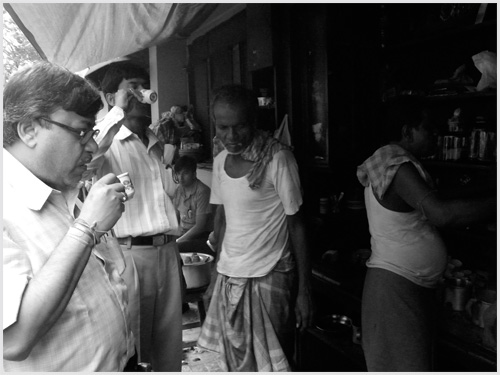 Situated on the ground floor of the High Court Branch of Union Bank of India, one can savour milky tea with locally made biscuits here. Advocates get served in a special cup; lesser mortals make do with kullars. 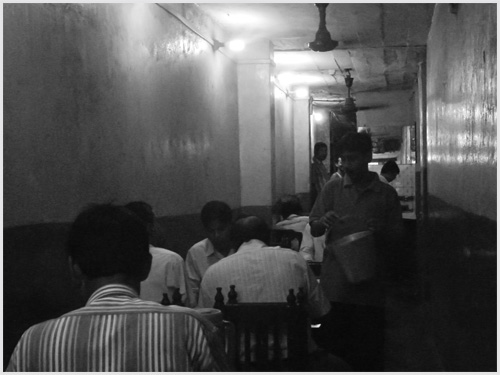 Lakshmi-Narayan Khabar Ghar is over half a century old, and is situated opposite the offices of Khaitan & Co. This is the place for anybody interested in a homely bhat ar macher jhol (rice and fish). 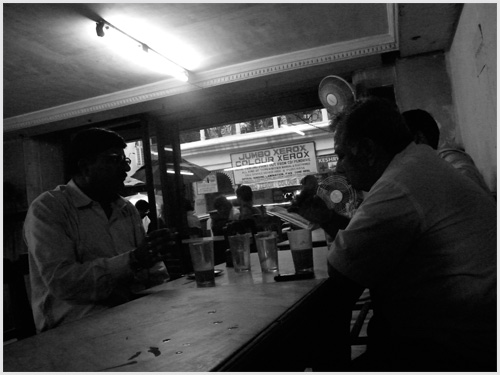 Sweet Home is almost eighty years old, and is probably the oldest surviving food stall in the area. Rumali roti and chicken kasha are the trademark offerings. Afternoon tea sessions are very popular among regulars. 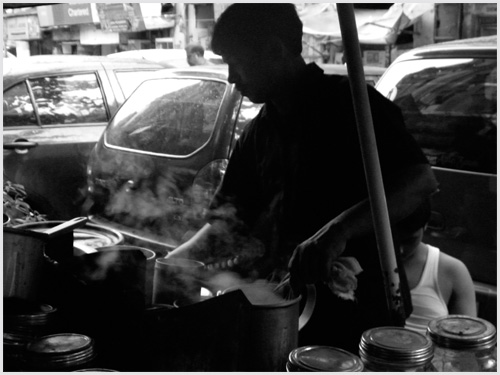 At this shack near the Town Hall of Kolkata, one can have tea with locally made biscuits and Babuji cake – a perennial favourite with the office goers.

(Sourav Ghosh is a Kolkata-based advocate.)