Despite its incontestability, some fascinating prospects emerge for abstention. Firstly, by providing the abstaining electorate with a legitimate platform to cast such a vote, one would allow — even morally persuade — a huge number of potential electors who do not currently participate in the electoral process, to register their presence. This, one hopes, will have practical implications like reduction in bogus voting.

If that possibility seems a tad utopian, one can be forgiven for thinking that a “None of the Above” (“NOTA”) option will at least allow the electorate to reflect on its own motivations. It gives the electorate the ability to gauge, contrast, and project the quantum of disapproval as against approval.

Consider the context. The 2009 General Elections saw 4707 candidates contesting for 541 declared Lok Sabha seats. 768 of those candidates, that is, more than 16%, had criminal records. Eventually, 150 such candidates won from their respective constituencies and are now Parliamentarians, thus marking a conversion rate of around 20% for candidates with criminal records. 300 million voters stayed at home.

The idea of incentives and electoral margins takes us to the related issue of NOTA as a vote katua. Vote katua, in the parlance of central Indian politics, refers to ostensibly insignificant candidates and political parties who do not enjoy enough popular support to garner a majority vote to win a seat; but are popular enough to prompt vote migrations from other candidates’ vote-banks into their own. In turn, these vote-migrations translate into percentage losses and corresponding gains for all candidates in the fray for election, significantly impacting the outcome. 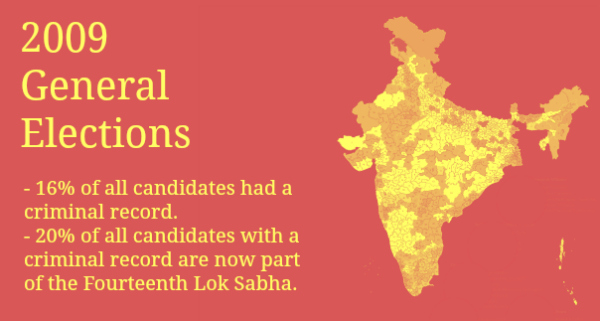 Undecided voters aside, whether some or all candidates lose a portion of votes to the vote katua or are able to insulate their votebank from its influence depends upon the vote katua’s ability to incentivise voters to make the switch. Astute candidates usually counter such persuasions by tailoring their candidacy suitably through measures such as incorporating the vote katua’s agenda to blur the distinction between them.

Traditionally of course, vote katuas come in all shapes and sizes. Most are not averse to partisanship and political opportunism; they too indulge in gimmickry and fantastic rhetoric while prioritising short-term electoral gain. The resultant tweaks that they effect in the political discourse therefore, can be as banal and trifling as any.

But the “NOTA” candidacy is a unique vote katua paradigm precisely because it is incontestable and politically inert. It is not swayed by vote-bank sentiments and its appeal does not lie in making arresting promises or meeting an elector’s expectations. Conversely, it lies in the perceived inability of all other candidates (including the “lesser evil”) to honour the expectations of an elector whose faith has all but eroded. In other words, it serves as a reservoir of disapproval or distrust of all candidates. Every vote it garners is evidence of an elector who is not as much disenchanted by the democratic process as she is by its leading agents. 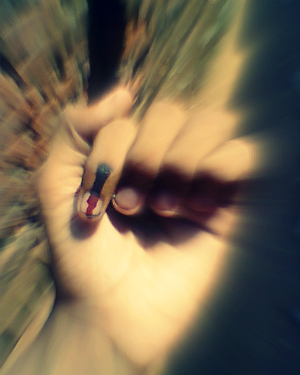 Seen in this light, political parties will find it a relatively novel, if not tougher, task to reclaim votes deposited under the NOTA candidacy. It will require political innovation that transcends the usual politics practised on fractured vote-banks by most parties, partly in the shared hope that attention will be deflected from pertinent issues of governance, and that electoral expectations will gradually decline amidst a barrage of illusory exchanges and carpet-bagging. Parrying the NOTA threat, one feels, will require greater attention to satisfying the abstaining elector’s expectations — whatever they might be.

Of course, political deference to electoral margins notwithstanding, there is no gainsaying that some political parties might still abandon the inconvenient pursuit of an abstaining electorate and fail to view NOTA electors as a reclaimable vote bank. Equally, there is nothing to stop our politicians and electors from drowning the voice of the abstentious in the obscure music that accompanies their politics. Others might rightly argue that I am waxing lyrical about an incontestable NOTA candidacy that comes without the electoral incentives that are necessary to attract voters. Still more adept analysts will suggest that the Supreme Court stopped well short or trudged too far down the measured path of judicial engagement.

To conclude however, broadening the spectrum of electoral expressions to allow formal abstentions is significant even if it simply helps consolidate an incontestable position. This is so because formalising abstentions makes the politics of those (few?) who have been assumed up until now to be politically inert, somewhat visible, collectivised, and amenable to new interpretations. Leaving comparatives aside, the fact that collating this data entails almost no additional expense significantly weakens any argument patently against its inclusion. All in all, the Supreme Court has acknowledged the desire of democratic actors to remain perceptibly relevant in their electoral capacity and give it some form.

A decade ago, in People’s Union for Civil Liberties v. Union of India, the Supreme Court held that the mandatory public disclosure of the criminal records of candidates contesting constituency-based elections enjoyed the legal tutelage of Article 19(1)(a) of the Constitution of India.

Established jurisprudence dictated that the paradigm of speech and expression also entailed ancillary rights including the right to receive information that could best inform speech and expression. This view, adapted from several cases, drew on the catalytic relationship between awareness and the (right of) free expression. The Court had perused the nature of the right to vote and held that even though it was a statutory right, the final act of voting was a form of electoral expression and a vital source of sustained democratic engagement. The elector therefore, had a right to know the criminal antecedents of contesting candidates under Article 19(1)(a).

This year, the Supreme Court revisited the paradigm of electoral expression on the limited question of whether the principle of “secret ballot” applied to those citizens who — though statutorily eligible to cast a vote — wished to exercise the “right not to vote”. Tasked first with finding if such a right even existed in the electoral scheme, the Court pointed out that Section 79(d) of the Representation of People Act, 1951 (“RP Act”) defined an electoral right to include the right to vote as well as the right to refrain from voting. Moreover, Rules 41(1), 41(3), and 49-O of the Conduct of Election Rules, 1961 recognised the electoral right of voters not to cast a vote by laying down procedures to be followed in case such a right was exercised.

Having found in favor of its existence, it examined its nature, and concluded that a positive “right not to vote” was part of the expression of a voter within a parliamentary democracy. It had to be given effect to in the same manner as the right to vote — including a provision for maintaining the secrecy of ballot. Needless to add, it also came within the sweep of electoral expressions that, as held previously, enjoyed the protection offered by Article 19(1)(a) of the Constitution.

The Court reviewed the electoral scheme to see if electors exercising their right to not vote were treated at par with electors who cast a vote in favour of contesting candidates and found that only the voters who came out in support of a contesting candidate were able to cast a valid vote on the electronic voting machines in a manner that maintained secrecy of their ballot. Electors who wished to exercise their electoral right to not vote however, could not do so. They were instead forced to contend with the impugned provisions of Rule 49-O which laid down an elaborate procedure of identification and registration, thus, compromising the principle of secrecy extended to other voters.

In order to remedy this discriminatory treatment, the Court directed that the option “None of the Above” should be provided on voting machines in order to accommodate the expression of those exercising their right not to vote. The provisions of the RP Act and the Conduct of Election Rules, 1961, which compromised secrecy, were also held to be unconstitutional and struck down.

In my next post, I will deal with the Supreme Court’s use of the terms “negative vote” and “neutral vote”.