The Law Commission of India has suggested sweeping reforms to India’s electoral system in its 255th report, which was submitted to the Union Ministry of Law and Justice on March 12, 2015. The report follows growing public dissatisfaction with the lack of transparency and accountability in India’s electoral system. It targets the influence of money in elections and bats for greater transparency in donations and party accounts. It has also dealt with the issues of “paid news”, independent candidates, the “none-of-the-above” vote and the right to reject, the use of totalisers for counting votes, and the reorganisation of the office of the Election Commission of India. Significant among the previous efforts to examine the challenges of conducting free and fair elections in India have been the 170th report of the Law Commission of India in 1999 and the 2004 report from the Election Commission of India.

Calling for stricter laws on donations by private entities to political parties, the report recommends that a company must necessarily pass a resolution at an annual general meeting to authorise a contribution to a political party, instead of simply consulting its Board of Directors, as is the rule currently.

Greater disclosure of donations by candidates

The existing rules on the subject merely require candidates to maintain an account of electoral expenses but the report recommends greater disclosure obligations, requiring candidates to not only maintain an account but also disclose the names, addresses, and PAN card numbers of donors and the amounts they have contributed. It also recommends provisions for the disqualification of a candidate for failing to lodge an account of election expenses and reports of contributions.

Greater disclosure of donations by parties

The Election Commission must also prescribe guidelines for a “statement of election expenditure” that should be filed by every party contesting an election within 75 days of the elections to the state assembly and 90 days of the general elections. 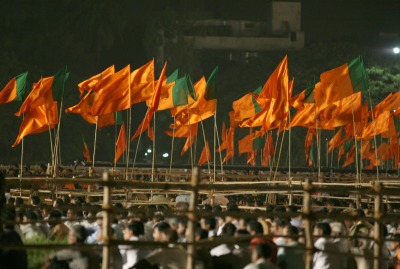 Image above is from Al Jazeera English’s photostream on Flickr. CC BY-SA 2.0

The report recommends that political parties must compulsorily maintain and submit annual accounts to the Election Commission. These accounts need to be duly audited by a chartered accountant chosen from a panel maintained by the Comptroller and Auditor General. The Election Commission must also be authorised to levy a fine of up to Rs. 50 lakhs if its finds that any particulars in the party’s statements have been falsified. This information must be available for public inspection as framework for such rules exists, currently.

An amendment has been recommended to the Tenth Schedule of the Constitution of India by which the power to decide on questions of disqualification on the ground of defection will be with the President of India for the Parliament and the governors of the states for the legislative assemblies, instead of the current practice of decision-making by the Speaker or the Chairman.

Strengthen the Election Commission of India

The issue of appointment of the CEC and the ECs was also discussed in the report, calling to make the process more consultative by having a statutory provision under which the President must consult the Prime Minister, the Chief Justice of India, and the Leader of Opposition in order to make these appointments. This is a step up from the current practice in which the President takes the decision by himself.

Lastly, the report also recommended the creation of a permanent, independent secretariat. 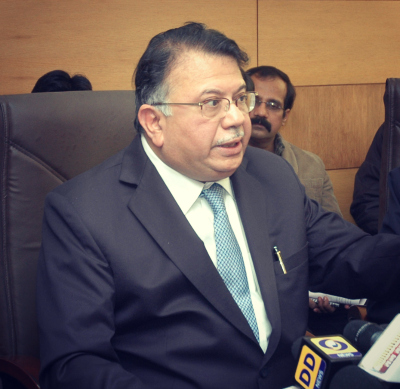 The Report has suggested recommendations to the Representation of Peoples Act to ensure that organisations releasing opinion polls possess the necessary credentials and to make the public aware that such polls are simply forecasts liable to error.

NOTA and the right to reject

The Law Commission is of the opinion that good governance can be achieved by bringing about changes in accountability, transparency, and decriminalisation, and without invalidating elections through the extension of the “none-of-the-above” vote to a right to reject a candidate.

The use of a totaliser for counting votes

The Law Commission has endorsed the Election Commission’s suggestion of introducing a totaliser for counting votes recorded in electronic voting machines. The main reason for this is that the current system of counting votes reveals voting patterns in each polling station, leaving the voters vulnerable to potential harassment and victimisation. If a totaliser is employed, it can connect to voting machines of up to 14 polling stations, which will go a long way in maintaining secrecy and preventing the disclosure of voting patterns.

The recommendation on restriction of government sponsored advertisements

The report has also recommended restrictions on government-sponsored advertisements six months prior to the date of the expiry of the legislature. This means that the party in power cannot use its position and influence as a means of advertising its achievements. An exception has been suggested for advertisements highlighting the government’s poverty alleviation and health-related schemes.

Section 33(7) of the Representation of People Act permits a candidate to contest any election (parliamentary, assembly, biennial council, or by-elections) from up to two constituencies. The Law Commission has recommended an amendment to restrict candidates to one constituency.

The Law Commission has also called for disallowing independent candidates from contesting elections since it is of the opinion that most of them are “dummy/non-serious candidates”, only serving to increase confusion among voters.