“I know the Divisional Forest Officer of my area well. I will speak to him and get back to you”, Kavita said to the company representative. “I cannot understand why have you come 200 kilometers away from where you are building a dam to tell me that you want to buy land to plant trees in my village. If you are cutting trees for the construction in one area should you not be planting them right there?”

Kavita had recently been elected the Sarpanch of the Village Panchayat (elected representative of the village local help government). The man she was addressing represented a contracting company building a 2000 MW hydropower project. He tried to explain, “You see, the problem is that we have got the first level permission to start constructing our dam, but we can’t do much till we fulfill this painful condition of compensatory afforestation. The local forest and revenue offices tell us that they can’t give us land in the same place, so we are having to move around all over the place looking for land.”

“So”, Kavita responded, “you want the land that people of this village own to compensate for the lakhs of trees you are cutting or the acres of land you are using. The 50 hectares you want is not going to be enough for this.” He was also speaking to some other villages to negotiate similar deals. But Kavita was not fully convinced and she did not want to engage with the man till she had more information. She sought some more time and told him that she would respond to him only after she had fully understood what it meant and all that it implied.

The next morning, Kavita decided to visit the Divisional Forest Officer (“DFO”) of her area. She had not sought a prior appointment and had taken the risk of not finding him at his seat. Unfortunately, she caught him just as he was leaving for a surprise inspection to a forest nearby. Since he was in a rush, he asked her to come back in the evening.

When he returned, he found Kavita waiting for him right where he had left her. She had spent the day talking to forest rangers over cups of tea and trying to understand the reasons why other citizens were visiting the forest department’s office. Some were there for seeking compensation damages to crops caused by wildlife, others were trying to get offences written off, and some others had come to enquire about new proposals for forest diversion in the area. 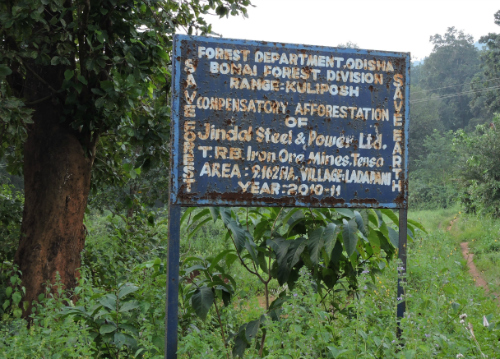 But Kavita’s mind kept drifting. Why did the company want to buy  land in her village to plant trees to compensate for damage or loss that was taking place really far away from where she lived? After hearing her questions, the DFO smiled and assured her that he might have most of the answers about what this meant, legally and administratively.

Diversion under the Forest Conservation Act

He first explained to her that since 1980, every state government has had to take prior permission from the Ministry of Environment, Forests and Climate Change (“MoEFCC”) before diverting forest land for non-forest use, de-reserve a forest, or allow for the felling of trees. This happened with the promulgation of the Forest Conservation Act. “For the sake of our conversation”, he said, “lets call all these instances as diversions of forest land.”

Now, when a DFO like him, who is also called the Deputy Conservator of Forests in some places, prepares a proposal for the diversion of forest land on behalf of a user agency, it is also his job to add the details of the compensatory afforestation scheme. This has to be done in accordance with the format provided in Part II of the Forest Conservation Rules, 2003. He decided to start by explaining how compensatory afforestation really worked.

Compensating for the change of land use

Each time forest land is diverted, the change of land use has to be compensated for. The requirement for compensatory afforestation is considered one of the most important conditions stipulated when forests are ‘diverted’ for non-forest use, or when the felling of trees needs to be done, or when forests are to be de-reserved. It is part of almost every Stage I approval granted by the MoEFCC, be it for a dam, mine, industry, road, railway line, or even a rubber plantation. Only when compensatory afforestation and other conditions are complied with is Stage II approval is granted by the ministry.  In most cases compliance means identification of the land in preparation for the afforestation scheme. Only after all this is done can an order issued by the state government granting the permission for diversion, dereservation, or felling of trees, under Section 2 of the Forest Conservation Act, 1980, come into effect.

Usually, the DFO alerted Kavita, an effort is made to identify land which is contiguous to or in the proximity of an existing reserved forest or protected forest. This is to enable the Forest Department officials to to effectively manage the “newly planted area”. Looking for a distant site for afforestation outside the district or state should be done only if land in that particular state or district is not available. There are clear guidelines issued by the MoEFCC in relation to this requirement and user agencies and forest departments need to follow them.

He looked at the Range Forest Officer (“RFO”) working under him. Was buying land and then handing it over to the government for compensatory afforestation becoming a trend with new industries and builders, he wondered aloud. The RFO returned a thoughtful glance. He had heard about some enquiries from villagers who farmed and used forest land for specific produce but he was not sure. 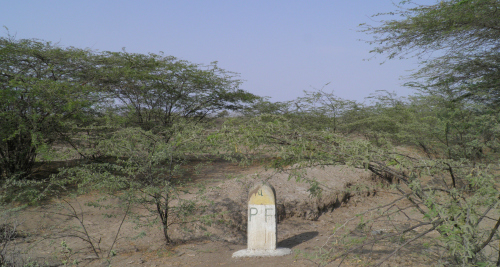 The conversation turned to a larger question as the DFO asked for some chai. What might appear to be a simple administrative practice, the DFO told Kavita, had become one of the important policy issues of our time. While we have approved diversions, the practice of compensatory afforestation has hugely suffered. Land is often unavailable and where it is available, the quality of the afforestation has been dismal. At the same time several user agencies had not paid up all that they had to, for carrying out the compensatory afforestation. He told her not to quote him on what he was saying and Kavita agreed.

Kavita was baffled. “Why has no one taken this to court?”, she asked. Well there had been some discussion in court, the RFO said. The Supreme Court’s resolution of the issue, informed by the recommendations of its Central Empowered Committee, was to direct the setting up of a Compensatory Afforestation Fund Management and Planning Authority (“CAMPA”) in 2002. It was finally notified in 2004 but actually began to function only in 2009 and that too as an ad hoc authority.

Following this, state governments now submit plans to the CAMPA and get the money released for compensatory afforestation as well as other conservation activities related to the payment of an amount of money, that is called the NPV. He was deliberately not telling her more about NPV, he said, as it would confuse her. There was news that not all the money for compensatory afforestation and NPV had been paid up and there remained huge problems with the quality of the plantations and that there had also been mis-ultilisation of funds. In September 2014, he said, the Union Minister for Environment, Forests, and Climate Change even said that his ministry was keen on releasing the Rs. 33,000 crore accumulated in the CAMPA to state governments.

While all this seemed like too much information, Kavita understood one thing – even if she and other villagers decide to sell their her land with the good intention of recreating a forest, such a forest might never set the light of day. Maybe she was better off doing her own farming and ensuring that some part of her land adjoining forests remained uncultivated so that there could be some natural regeneration there.

Leaving the forest department’s office, she was ready to face the representative of the dam building company. “Go looking for land elsewhere, sir”, she smiled and thought to herself, “ours is not available to fulfill your administrative formality.”

(Kanchi Kohli (kanchikohli@gmail.com) is an independent researcher and writer.)