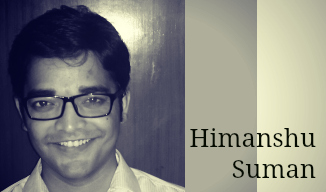 Where should the complaint for a cheque bounce offence be filed? Since this question has not been answered in the Negotiable Instruments Act, 1881 (“NI Act”), courts have applied general principles of criminal procedure to answer it. An offence should be tried by a court within whose jurisdiction it was committed. If the offence consists of more than one ingredient, it may be tried at any place where any of the ingredients occur. Following a Supreme Court decision in 1999, there had been significant confusion and uncertainty on this question, but that was settled when, on August 1 last year, the Supreme Court in Dashrath Rupsingh Rathod v. State of Maharashtra and Another, (2014) 9 SCC 129, held that the complaint had to be filed where the drawee bank is located.

The “cheque bounce” offence under Section 138 of the NI Act was created by the Banking, Public Financial Institutions and Negotiable Instruments (Amendment) Act, 1988 to establish and strengthen cheques as a form of mercantile tender. Section 138 makes the dishonour of a cheque for insufficiency of funds or because the amount exceeds the arrangement agreed with the drawee bank, an offence punishable with imprisonment up to two years and a fine up to twice the amount of the cheque. This is subject to compliance with the proviso to Section 138 – the payee has to deposit the cheque with the bank within six months of being drawn, issue a written notice to the drawer demanding payment within 30 days of the cheque being returned unpaid, and the drawer has to fail to make the payment within 15 days of receiving this notice.

Lifting the confusion about the jurisdiction question

In K. Bhaskaran v. Sankaran Vaidhyan Balan and Another, (1999) 7 SCC 510, the Supreme Court had held that the offence under Section 138 consisted of five ingredients – the drawing of the cheque, the presentation of the cheque to the bank, the return of the dishonoured cheque, the issuing of notice to the drawer, and the failure of the drawer to pay the amount after receipt of the notice. Following Section 178 of the CrPC, jurisdiction can vest at any place where any of them occur.

Besides introducing uncertainty, this interpretation also allowed the payee to harass the drawer by filing the complaint at distant places that had no causal connection to the transaction or the drawer.

Dashrath Rupsingh Rahthod rightly held that the offence involved not five ingredients but one, that is, the dishonour of the cheque by the drawee bank. Bhaskaran had wrongly interpreted the conditions under the proviso as being ingredients of the offence rather than merely the conditions that had to be met to initiate prosecution. The correction in Dashrath Rupsingh Rathod finally deprived the payee of his power to unilaterally confer jurisdiction on a place of his choosing and fixed with certainty the jurisdiction for complaints under Section 138.

Amendment to the negotiable instruments law returns power to payee

The decision in Dashrath Rupsingh Rathod was criticised by industrial associations and financial institutions for unjustly requiring the creditor to go the debtor. In their view, it ought to have been the other way round. The Negotiable Instruments (Amendment) Bill, 2015 which, has been passed by the Lok Sabha and will be introduced in Rajya Sabha during the next session, proposes in Section 142(2) that the complaint should be filed where the collecting bank is located. This will also apply to all pending cases and after it becomes law, almost every pending complaint under Section 138 will have to be transferred from the place where the drawee bank is (following Dashrath Rupsingh Rathod decision) to where the collecting bank is.

This will once again empower the payee to unilaterally confer jurisdiction on any place where he has a bank account. The drawer will have to make arrangements to defend himself in criminal proceedings at such place, wherever it may be.

For some balance, the proposed amendment will prevent the payee from unduly harassing a drawer by taking four cheques and filing them in four different parts of the country as separate complaints. All complaints between the same parties are to be tried at one place irrespective of where the payee deposits the cheques.

It even proposes that all complaints against a drawer, even by different payees, should be tried before the same court, which will be the court where the first of such complaints has been filed. Whenever a payee files a complaint under Section 138 against a drawer and it is brought to the notice of the court that there is a prior pending complaint against the drawer, then the court will transfer the subsequent complaint to the court trying the prior complaint. The provision only mandates that the complaints be tried before the same court and not that they be tried together.

There is no clarity about which party bears the onus of giving notice of the prior complaint or about the time period within which it has to be given. The erring drawer would thus be able to delay subsequent complaints by revealing the prior complaint only at a later stage. A frequently defaulting drawer would benefit the most from this proposal because subsequent payee(s) would have to go where the collecting bank of the prior payee is even though such place may not have any causal connection to their transaction with the drawer.

It is welcome that the jurisdiction question will finally be settled by statute. The rough edges around the proposed Section 142-A however, have to be creased out by subsequent judicial decisions and the courts may not be wiling to interpret a penal provision meriting strict interpretation in a manner that advances the objective of establishing and strengthening cheques as a form of mercantile tender.

Himanshu Suman, an alumnus of NLSIU, Bangalore, is a Delhi-based advocate.