The appointment of a three-member panel to look into spot-fixing in the Indian Premier League gives us an opportunity to reflect on the strength of disciplinary processes in sport. Two Glasgow-based sports lawyers from the law firm of Burness Paull, Richard Farndale and Neeraj Thomas, gave us some perspective on what constitutes a fair and robust disciplinary process.

Increased importance of a fair structure

Mr. Farndale said that with increased codification of what amounts to fairness in disciplinary processes and greater judicial attention to that question, sports bodies have found it difficult to keep up with these rules. “That is why it is important that disciplinary bodies adopt a structure that gives them protection against the entire body of rules that is building up in the courts.”

The most important rule is the right of a party to be heard and that is ultimately where tribunals need to be careful. “What is essential is that they have every opportunity to present their case. By providing a structure, a sporting body is able to ensure that it provides people with an opportunity to be heard.” 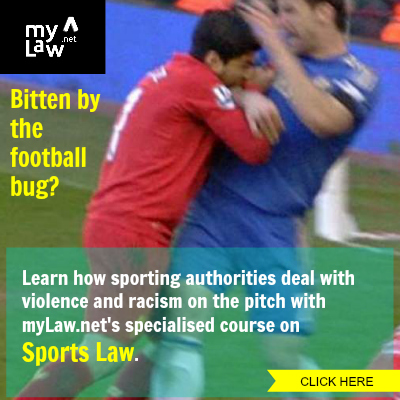 He said that the issue of fairness of disciplinary processes was actually a subset of the issue of power. Courts will interfere with a tribunal’s decision only if the tribunal goes outside the scope of its powers. Sports organisations are limited by contractual agreements that define its powers and it is when they step outside these limits that they come into trouble. By acting unfairly, a tribunal will automatically go outside the scope of its powers. “Twenty years ago, sports organisations may have got away with making certain decisions in certain ways. I don’t think it happens any more and such decisions get challenged much more frequently.” In Scotland and England and Wales, Mr. Farndale said, courts will always be prepared to listen to a challenge if the tribunal has not acted according to the principles of natural justice.”

One of the big problems is that somebody can go to a tribunal and not know what is going to happen to them. A body of rules will give some certainty over a process that requires the work of different sets of people to come together. Mr. Thomas said that a clear set of disciplinary rules is important. “Sometimes in the past, the underlying rules have been too general.”

It is very often the case that the in a sporting organisation, the person who is prosecuting the rules is very often an employee. It is important that even in a case where the prosecutor is an employee, he or she has to be given independence to make their own decisions about the justifiability of the prosecution, without interference from the people involved in the governance of the sport. To demonstrate independence, it is increasingly important that there is a separation between the prosecutor and the tribunal. A lot of disciplinary processes today don’t have that separation and that potentially gives rise to a challenge. It is essential to set up a separate body that prosecutes cases. We have acted in a case called Fotheringham where the Scottish courts have recognised that a sporting body is a relatively small body and that there has to be some scope for relaxation of the rules. Separation is still very important and it comes down ultimately to how the bodies are structured.