In December 2013, the Government of India brought into force the Sexual Harassment of Women at Workplace (Prevention, Prohibition and Redressal) Act, 2013, (“the Sexual Harassment Act”). The preamble of the Act recognises that sexual harassment violates a woman’s fundamental right under Articles 14 and 15 of the Constitution of India, 1950, (“the Constitution”) as well as interferes with her right to life and to live with dignity under Article 21. Considering the fact that India ratified the Convention on the Elimination of All Forms of Discrimination Against Women in 1993, this legislative protection has been a long time coming.

Some grey areas remain however, especially when it comes to implementation of the law. Let us consider a few of these issues.

The difficulty of choosing among fora with concurrent jurisdiction

The sad reality of a working woman is that she more likely than not to face sexual harassment in the context of her employment. Under this new law, women are entitled to safety in the following situations:

–  Where a female employee is working at the workplace of her employer.

– Where a female employee visits any place in the course of her employment.

– Where a woman is present in a workplace, although she is not employed there.

– Where a woman is subjected to sexual harassment in any place at the hands of a perpetrator in the course of his employment. 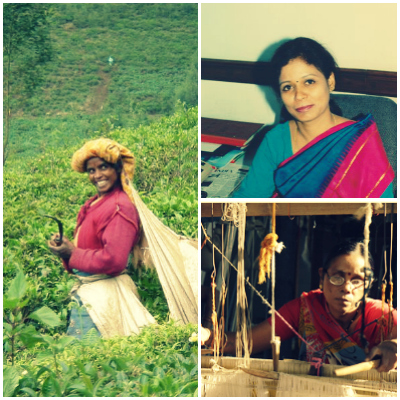 Let us add another dimension to this illustration. Should either of the workplaces not have an ICC already constituted, the aggrieved woman also has the option, under Sections 5 and 6, of filing her complaint before the relevant Local Complaints Committee (“LCC”). In fact, if her complaint is against the employer itself, she can, under Section 2(g), choose to take the process through an LCC rather than an ICC especially.

This is a positive step to address the problem of sexual harassment that is especially prevalent in situations involving power hierarchies between employers and employees. In fact, since it is the duty of the employer to provide a grievance redress mechanism within the organisation to address issues of sexual harassment in the workplace, this provision is the embodiment of the natural justice principle that one should not be a judge in one’s own cause.

This should now amply illustrate the permutations of several ICCs and LCCs exercising jurisdiction over the same cause of action.

In practical terms, it becomes a matter of debate and a source of unnecessary perplexity to choose the forum before which one should file a complaint against sexual harassment. The new law is silent on the issue. While the spirit of the law supports the right to justice for an aggrieved woman by enabling access to multiple fora, it becomes difficult for an aggrieved woman to make a choice without any clear and specific indication of the factors on which to base the choice, especially in sensitive situations.

In any event, the decision to make a complaint against sexual harassment must lie with the aggrieved woman alone, as Section 9 (1) of the Sexual Harassment Act clearly recognises. It is fundamental to justice to respect the choice of an aggrieved woman when it comes to complaining against sexual harassment or even, which forum to utilise since the trauma of facing a procedure of inquiry adds to an already vulnerable emotional, physical, and mental state of a victim of sexual assault. If a situation arises where several ICCs or LCCs or a combination of an ICC and an LCC may exercise jurisdiction, it should be a legislative mandate in the interest of justice for all of the concerned fora to co-operate in the inquiry process carried out by the forum chosen by the aggrieved woman.

This would bring us to another issue that requires greater clarity in operational matters – that of monitoring compliance with the law by the employers.

No guidance on how to report non-compliance

The Sexual Harassment Act, in Section 4, makes it the duty of every employer who employs more than ten people to constitute an ICC. The failure to constitute such an ICC is punishable under Section 26 of the Sexual Harassment Act. In fact, when such failure occurs for the first time, the employer can be fined up to Rupees Fifty Thousand. In case such a failure occurs for the second time, the employer could lose the license to carry out business.

For instance, if an aggrieved woman chooses to file a complaint against sexual harassment before the ICC of an organisation and then finds out that such an ICC does not exist, it is unclear where she may report this lapse and how. While one reading of the law indicates that she has the choice to pursue the matter before the relevant LCC, the law does not empower an LCC to question an employer of an organisation that has not constituted an ICC as to the reasons of such non-compliance nor does the LCC currently have the legislative mandate to order an employer to constitute an ICC forthwith.

In fact, Section 25 of the Sexual Harassment Act empowers the appropriate government to call for information and inspect the records of any employer in relation to sexual harassment if it satisfied that it is necessary to do so in public interest. While this provision is a positive step in monitoring the implementation of the law, it falls short of providing concrete directions on how to report non-compliance outside of the purview of such inspections by the Government.

Especially when awareness of the law is yet to reach every corner of the country and every strata of the employment sector, a scenario where a woman is facing sexual harassment and wishes to complain against it but then has no forum to approach for redress and no known agency to turn to for guidance or assistance, may be a common one.

The government should take note of these loopholes that inhibit the smooth functioning of the law and enable more women to speak up against sexual harassment and seek justice.