A major reason pathological clauses are so common is that contractual parties and their lawyers, against better judgement, tend to treat arbitration clauses as mere ‘boiler plate’ or ‘midnight’ clauses. Little attention is paid to these clauses when closing the deal and signing the contract.

This leads to all kinds of drafting disasters such as the inconsistent clause we saw in the previous post, which contained an agreement to arbitrate and the designation of a national court to resolve contractual disputes.

Optional or non-mandatory arbitration clauses are another type of pathological clauses. See the following examples. 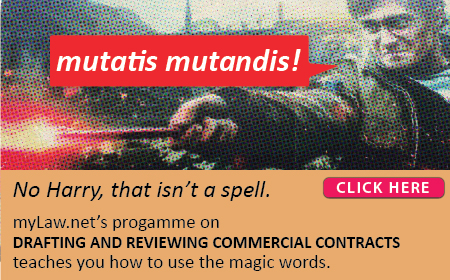 – “In the case of dispute (contestation), the parties undertake to submit to arbitration but in the case of litigation the Tribunal de la Seine shall have exclusive jurisdiction”

– “English law – arbitration, if any, London according ICC Rules”

– “[t]he parties may refer any dispute to arbitration”

The language in all these clauses leads to uncertainty about the parties’ intention and agreement. Did they or did they not intend to submit their disputes to arbitration?

The agreement to arbitrate is the cornerstone of arbitration. An arbitration clause has to — clearly and unequivocally — record the consent of the parties to submit to arbitration. This is essential to conduct any process of dispute resolution outside the national court systems.

Not all the clauses listed above survived when challenged in the courts (which includes the English, Canadian, and Hong Kong courts). Even a pro-arbitration jurisdiction cannot always give effect to arbitration clauses that contain no clear agreement to arbitrate.

Moral of the story? Don’t draft a non-mandatory arbitration clause if your clients have indicated their preference to arbitrate. Make it very clear when drafting your arbitration clause that disputes arising out of or in connection with the underlying contract will be resolved by arbitration. Clearly oust the jurisdiction of the courts.