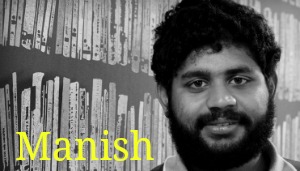 On March 31, the Gujarat Assembly passed the Gujarat Control of Terror and Organised Crime Bill, 2015 (“the Bill”), which is now awaiting the Governor’s assent. It is modelled on the Maharashtra Control of Organised Crime Act, 1999 (“MCOCA”), a law that was criticised for being draconian, in excessive violation of civil liberties, and with several documented instances of misuse. This bill had previously been passed on two occasions, in 2003 and in 2009. Each time, it was unsuccessfully referred for the President’s assent. Now, the Opposition has abstained from voting on it and has appealed to the Governor to decline assent.

The Bill is poorly drafted, especially in places where it deviates from MCOCA. Definitions of “continuing unlawful activity”, “organised crime”, and “organised crime syndicate” (Sections 2(1)(d), (e), and (f) respectively) all refer to one another in a circular manner and offer little clarity. The definitions are also vague. “Organised crime” includes “cyber crimes having severe consequences” and “running large scale gambling rackets”. What constitutes “severe consequences” or “large scale” has not been defined. These terms are absent in MCOCA. The Bill also attempts to define “terrorist act” in Section 2(h) through a long-winded, logically inconsistent, and grammatically incorrect sentence that is painfully strung together and offers no useful guidance regarding what exactly constitutes the act in question. A much clearer definition (with the same ingredients) is found in Section 15 of the Unlawful Activities Prevention Act, 1967.

The substantive offences are defined in Sections 3 and 4 and are mostly similar to those defined in the MCOCA except for the addition of “terrorist act” in addition to “organised crime”. Besides these acts themselves, conspiracy, abetment, harbour, membership of an organised crime syndicate, and possessing property derived therefrom are all criminalised, with the possibility of life imprisonment (and the death penalty if the organised crime or terrorist act causes death).

Sections 5 through 12 deal with special courts and their functioning. The state government, with the concurrence of the Chief Justice, is empowered to set up one or more special courts and appoint judges for exclusively trying offences under the Bill. The special courts have the powers of sessions courts but can also take cognisance of offences. Of interest is Section 10, reproduced verbatim from MCOCA, which states that trials before a special court shall have precedence over trials before any other courts, and imposes a de facto stay on all other proceedings for the period of the trial.

Section 14 provides for the admissibility of evidence collected through the interception of wire, oral, or electronic communication. This is where the Bill makes a significant departure from MCOCA – while the latter actually provides a procedure for the interception of communications, the Bill does not do so, only making existing intercepts admissible. Therefore, the procedure that will have to be followed will be as laid down in Rule 419A of the Telegraph Rules, 1951 and Rule 3 of the IT (Interception, Monitoring and Decryption) Rules, 2009. The unhappiness of the drafting reveals itself in a rather confusing (and possibly unnecessary) non-obstante clause at the beginning of the section, followed by the words “under the provisions of any other law”. Interestingly, the first proviso to the section also requires that the accused be provided with a copy of the order of the authority authorising the interception, ten days prior to the hearing where the intercept is sought to be admitted as evidence. This is partially nullified by the second proviso, which gives the judge the discretion to waive the period of ten days.

Among the most controversial of the Bill’s provisions is Section 16, clause (1) of which makes a confession to a police officer admissible in evidence. This section overrides Section 162 of the Code of Criminal Procedure and Sections 25 and 26 of the Indian Evidence Act, 1872, which specifically prohibit the use of statements made to police officers in evidence, in order to protect the rights of the accused by preventing the extraction of confessions under duress or torture by the police. While investigating agencies ordinarily have the option to record statements before a magistrate under Section 164 of the Criminal Procedure Code, the Gujarat bill destroys this delicate balance between the rights of the accused and the powers of the investigative agencies. It opens the door to egregious violations of human rights while extracting confessions from persons detained under its provisions. By means of an eyewash, the Bill provides some ‘safeguards’ in clauses (2) to (4), which are mostly meaningless given that the authority administering them is not independent, but a part of the investigating process. The shallowness of the provision is revealed by clauses (5) and (6), under which both the statement and the person making it are required to be forwarded to a magistrate within 48 hours. In such a circumstance, the statement could well have been recorded by the magistrate. This section appears to be an elaborate ruse for legitimising confessions to the police, and the inhuman machinations that go behind it: under clause (7), an allegation of torture by the person making the confession does not invalidate the confession, but merely prompts a reference to a civil surgeon for a medical examination.

Section 17 contains provisions for the protection of witnesses, and is modelled on Section 19 of MCOCA. It empowers the special courts to hold the trial in-camera and take any measures necessary for concealing the identity and address of the witnesses. As part of this power, Clause 3(d) allows the court to make a decision that “it is in the public interest to order that all or any of the proceedings pending before such a Court shall not be published in any manner”. This is an extreme provision which is reminiscent of the attempt at holding a “secret trial” in the UK for terrorist offences, which was rejected by the Court of Appeal on the ground that “open justice” was both an integral part of common law and a means of ensuring public confidence in the legal system. The same considerations regarding open trials apply to India as well: Section 327 of the Criminal Procedure Code mandates that trials be held in open court, with limited exceptions on reporting. In a situation where the Supreme Court has already laid down guidelines for court reporting, the blanket media gag proposed by the Bill is extremely troubling and avoidable.

Section 20 dilutes several procedural safeguards provided to the accused under the Code of Criminal Procedure. On the lines of MCOCA and UAPA, it increases the time for which a person may be detained in police and judicial custody, pending investigation, to 30 and 180 days respectively. Clause (3) removes the option of anticipatory bail and clause (4) provides for extremely restrictive conditions regarding bail, almost mandating the acquiescence of the public prosecutor. Clause (5) is another controversial provision, which denies bail even if the accused had been released on bail in an offence under any other law on the date of the offence. This clause is based on Section 21(5) of MCOCA, which was held to be unconstitutional by the Supreme Court in 2008. The Bill therefore deviates from the well-established jurisprudence of bail being a right and jail being the exception. Thus, even if no charges are made out, people detained under the provisions of the Bill will have to languish in jail.

Section 21 of the Bill, which is identical to Section 22 of MCOCA, is a reverse-onus clause, which shifts the burden of proof from the prosecution to the accused in certain circumstances. In doing so, it dispenses with the presumption of innocence of the accused and breaks the “golden thread” of criminal jurisprudence, requiring the prosecution to prove the guilt of the accused beyond reasonable doubt, which originated in common law but has become a settled proposition in Indian criminal jurisprudence as well. 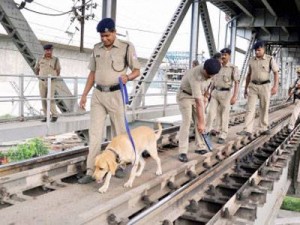 Image above is from the website of the All India Radio.

As a matter of abundant caution, Section 24 of the Bill contains another non-obstante clause giving it overriding effect over all other laws for the time being in force. Section 25 caps off the draconian legislation by granting complete immunity to all state functionaries for any action taken under the provisions of the Bill. This effectively provides impunity to police officers for torture and extra-judicial methods employed in criminal investigations, under the garb of “anti-terror operations”. Thus, even in cases of false prosecutions, like the 2002 Akshardham terror attack, the victims will be left empty handed and without any recourse to justice.

“Tough anti-terror laws” have rarely if ever proven useful at combating terrorism, and usually serve to provide a cover for the incompetence of investigating agencies. A case in point is the aforementioned Akshardham terror attack case, where the Supreme Court came down heavily on the investigating agencies for conducting a shoddy investigation, which led to the framing of innocent persons, while the actual masterminds behind the attack were still at large. Gujarat already has a history of draconian legislation in the Gujarat Prevention of Anti-Social Activities Act, 1985 (“PASA”), which authorises preventive detention, and has been heavily criticised for being used to detain activists and protestors. For now, hope rests with the Governor and the President to prevent the new Bill from becoming law. Unfortunately, judicial history shows that the Supreme Court has also been extremely restrained while testing the validity of these laws under the Constitution, with the most draconian provisions being upheld repeatedly. The last of these was MCOCA in 2008, which was upheld (although the challenge was mainly on grounds of legislative competence rather than violation of Article 21). While hope is eternal, the outlook remains bleak if the Bill is assented to.