Even as presentations were underway at a meeting on land rights somewhere in the capital, a lady seated next to me craved some specifics. “What is the latest with the land acquisition process in the country? Someone told me that I could actually get my land back? It had been taken away a decade ago.” Pushpa behan was among several people who had come for the meeting from the eastern part of the country and had lost her land to the expansion of a government-owned iron ore mine.

I pulled out the latest version of the Right to Fair Compensation and Transparency in Land Acquisition, Rehabilitation and Resettlement Act, 2013 (“The RFCLARR Act”). I knew that some of its clauses would apply to the question that she had raised.

We were temporarily distracted by a voice from the dais that informed the audience that the RFCLARR Act had replaced an 1894 land acquisition law under which the government had the power to acquire land for public purposes. A notice and a short time frame to move out of your home is all that people had. The RFCLARR Act had faced criticism but it had come a long way from the 1894 law and had linked the process of land acquisition with corresponding resettlement and rehabilitation obligations.

During a short tea break, we decided to step out to the canteen to talk at length. Our discussion soon revealed that about 20 families had lost about 100 hectares of agricultural land when the state government had issued them notices for evacuation. While their homes remained with them, the loss of their land had an impact on their source of livelihood. While she did not have many details, she also knew of others who had faced similar issues in neighbouring areas.

When we sat down to look at the Hindi version of the law together, I read out the two relevant clauses. Since the legalese was difficult to fathom, we broke it down. Just as we were talking, a few others from her village joined us. It was turning out to be an impromptu study session.

Section 101 is clear and simple. It says that “when any land acquired under this Act remains unutilised for a period of five years from the date of taking over the possession, the same shall be returned to the original owner or owners or their legal heirs, as the case may be, or to the Land Bank of the appropriate Government by reversion in the manner as may be prescribed by the appropriate Government.” This however, applies only to land acquired under the 2013 law. That was not the case with Pushpa behan’s land. 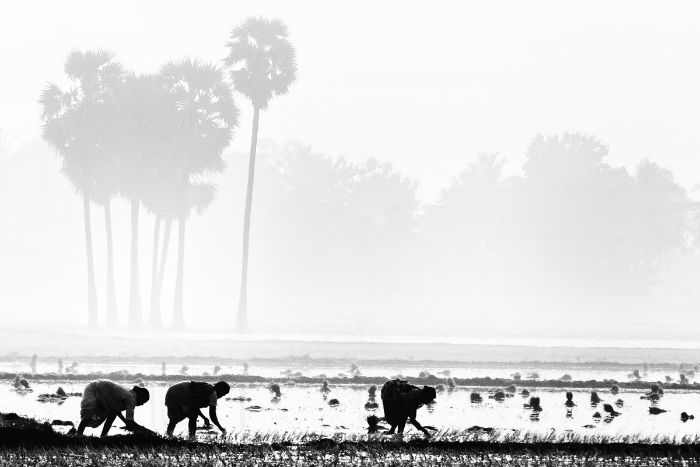 Image from Vinoth Chandar’s photostream on Flickr. CC BY 2.0

I asked Pushpa and the others if they had received any “award” or been paid compensation following the notice that their land was being acquired. Under the 1894 law, an award had to be issued by a District Collector or District Magistrate (depending on the state). Such an award would include details such as the true area of the land, the amount of compensation due, and the list of people among whom the compensation would be apportioned. Three scenarios could have emerged:

(3) an award was issued but the physical possession of land was not taken and no compensation was paid.

Clauses (1) and (2) of Section 24 of the RFCLARR Act deal with these three scenarios. When no actual award was issued pursuant to a land acquisition notice under the 1894 law, then all the provisions related to compensation in the 2013 law would apply under Section 24(1)(a). The compensation available under the 2013 law is much higher and has to be determined using a range of criteria including market value of the land and damages incurred by standing crops or trees.

But this was not the case with Pushpa behan and the others from her village. They fell into the third category. Even though an award had been made in relation to the land that had been acquired, no compensation had been paid and physical possession of the land had not taken place for over eight years. Under Section 24(2), in such a situation, the proceedings of land acquisition undertaken so far would be deemed as lapsed and a fresh process would now need to be initiated under the 2013 law. This includes a detailed process of social impact assessment and the seeking of the consent of 70 per cent of the landholders in case the project is a public sector project or 80 per cent if there is private sector involvement. 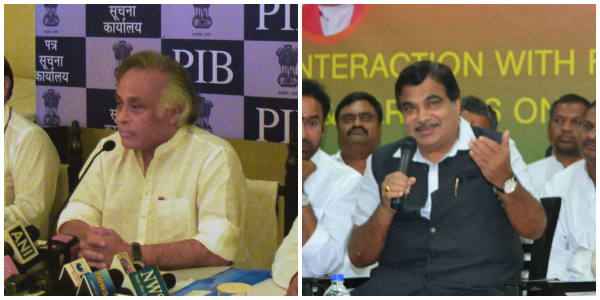 (Left) The former Union Minister for Rural Development, Shri Jairam Ramesh addressing a press conference on Land Acquisition Bill, in Jaipur on September 15, 2013. (Right) The Union Minister for Road Transport & Highways and Shipping, Shri Nitin Gadkari addressing a Press Conference, during an Interaction with Farmer’s Association on land acquisition, in Hyderabad on June 01, 2015. Both images from PIB.

“Does this mean that we have a chance to say no to this acquisition and possibly get back our land?” one person in the group enquired. In principle, yes, I said, but we still had to test it out. The 1894 law had no provision for social impact assessment or any provision about seeking consent and that is why many project authorities feel that the 2013 law would make it impossible for land to be acquired.

He asked, “if the compensation had been paid and physical possession taken in the last 5 years, then this possibility would not arise, right?” That’s what the law says as of now, I replied.

Several groups across the country have taken steps with the help of lawyers to get better compensation or to restart land acquisition processes under the 2013 law. In fact there is recent news that Reliance Industries has challenged this legal provision in the Gujarat High Court in response to a case filed by farmers.

But the 2013 law does not say that these processes need to be initiated through the courts alone. It is perhaps even possible to do so by approaching the departments that had first initiated land acquisition proceedings and where the records lie.

It would have been useful to have a set of executive rules to enable these provisions but the two and half years of the existence of this law has seen such resistance from the government that little attention has been paid to issue enabling rules. The clauses we had discussed were at the heart of a series of ordinances promulgated to amend the 2013 law and which were allowed to lapse last year.

For now, we know that these provisions are in place and are open for all to use. Pushpa smiled, took the copy of the Hindi text of the law from me and said, “Well, we have the clause in our favour for now and we have to try and use it. Get our paperwork in order and get going.” The half and hour we spent discussing what was and what could be had opened many doors.