One winter morning, news arrived that environmental clearance had been granted for a steel plant that had been contested for nine and half years. After the change of guard at the Ministry of Environment and Forests (“MoEF”) ahead of the general elections, newswires had been abuzz that India’s largest foreign direct investment would finally come in. Now, the grinding sounds of iron being converted to steel would soon replace thriving agricultural and fishing economies in ecologically fragile coastal Odisha.

Questions fluttered to all quarters. The movement resisting the plant had no access to the formal documents based on which the Minister had granted approvals and support groups began to put their minds to the next step.

Being up to speed on where and how fast files move within a regulatory agency is a test that community groups and interested individuals face all the time. Public disclosure is subject to the technical acumen of website managers, regular tracking through Right to Information applications, or simply through tip-offs from informal sources. But for all the actors who feel the impact of the grant of an environment clearance or who seek to legally challenge it in courts, the clock starts ticking once the approval has been granted.

What does this permission really mean? Environment clearance is the approval that a wide range of industries, mines, dams, or infrastructure projects receive after a process listed out under the Environment Impact Assessment Notification, 2006 (“EIA notification”) is completed. The MoEF is the granting authority for a set of Category A projects and for Category B projects, it is the State Environment Impact Assessment Authorities (“SEIAAs”). No construction activity can be initiated unless an environment clearance letter has been procured.

More often than not, social movements and civil society groups who have either been objecting to the grant of this permission or would like to do so at the time of the clearance, have to put together a lot of paperwork and information, if they are to stand any chance in a court of law. First of all, they have to access the clearance letter itself. Case law now requires that the environmental clearance is not just made available to the relevant panchayat and relevant information published in two newspapers, project authorities now need to publish the full clearance letter in newspapers.

Once there is access to the letter, it needs to be backed up with hard evidence and analysis to help prepare the legal grounds of challenge. Who faltered and how? Why would anyone be aggrieved? Did the regulatory agencies play the part they were mandated to? Across the country, there are a range of experiences of how people go about gathering the necessary evidence or file in the required documents. The process starts from the time they lay their hands on the Environment Impact Assessment document to finding out what transpired at public hearings and how expert bodies reviewed baseline data presented in EIAs and independent critiques of EIA documents. The journey of many project clearances in the country is often a closely observed narrative. Unfortunately, they do not always stand up to robust judicial scrutiny.

The first is the bare chronology of facts from the time the project authority submits the application form (Form 1 or Form 1 A) under the EIA notification. Trace the trajectory of the environment clearance paperwork and events. When were the Terms of Reference (“ToR”) for the EIA report approved and granted by MoEF or SEIAA? Did it match the draft ToR provided by the project proponent or was a model ToR used? When was the public hearing held? Finally, how did the file move within the regulatory agency, especially with the Expert Appraisal Committees (“EACs”) reviewing the project?

One critical component of this chronology is the file notings and notesheets of the MoEF or the SEIAA indicating the process of decision-making. Sometimes, the remarks made by a minister or a higher-level official approving or rejecting the project at any given stage can prove to be an important piece of evidence. Increasingly with inter-ministerial differences, officials and ministers have recorded their dissenting notes, to approve or reject a project’s environmental clearance.

It is also important to prepare a clear set of critiques and analysis of three crucial documents that need to be reviewed, by themselves and in comparison to each other. They are (a) the application form (Form I and IA), (b) the ToR for the EIA, and (c) the EIA itself. For instance, is the baseline data in the application form correct and do the ToR do justice to the scope of the project? Does the EIA conform to both the application form and the ToR at the very least? A full critique of the EIA itself has stood many legal challenges in good stead. For instance, whether the EIA is a copy-paste of another and whether it hides or suppresses facts is an important basis to argue about the lack of rigour in the impact assessment. 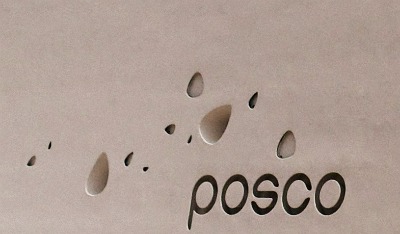 In an ideal scenario, it would be critical to record any objection to faulty minutes or process around the time the public hearing is held and bring it to the notice of the regulatory authority and any expert committee. It may not guarantee immediate redressal, but it would push the Expert Appraisal Committee (“EAC”) to acknowledge these issues and ask the project authority to respond to them.

The fourth set of proceedings to track is what transpired in the meetings of the Expert Appraisal Committees (“EAC”), both at the Union and the state when they appraised the application, the ToR, the EIA, the public hearing objections, and any other written submissions.  At present there are nine thematic EACs for Category A projects and each SEIAA constitutes a separate State Level EAC (“SEAC”) that appraises all documents, ascertains their impact, and takes a decision on whether or not to approve a project. If a project is approved, the EAC recommendations contain a list of conditions that the project authorities have to comply with during construction or operation of the project.  There is clear case law emerging from the Southern Zone bench of the National Green Tribunal that EACs need to respond to all objections raised at the public hearing and record reasons for agreeing or disagreeing with them. How the EAC conducted itself and what they based their decision on, are important pieces of evidence in questioning the application of mind of this expert body, when a matter lands up in litigation.

When the courts or the NGT resume work each morning, many of the words referred to here, including ‘appraisal’, ‘public’, ‘impact’, and ‘scrutiny’, will be stated and redefined by judicial interpretations. These interpretations will establish an entirely new jurisprudence around EIAs and the notification that guides it. The fate of the farmers of small plots of paan kheti (beetle vine farming), which the Union Minister for Environment and Forests sought to seal on a winter morning, now hangs in the balance before the Delhi bench of the NGT.