It’s almost here – July 1, 2014; the date that most of you will begin your law school journey. The CLAT, your first hurdle, has been successfully dealt with and all the hard work that you put in at law training classes has finally paid off. Some of you may have been at it for a couple of years, almost breathing law by the time you step foot into college. Some of you, like me, would have just taken the crash courses, not knowing what you wanted to do after school and now can’t believe your luck. After spending some time after the exam discussing the sheer idiocy of some questions from the GK section, , the wait would have become an apprehensive one if you really wanted to get in to law school. I remember how when I took the CLAT, the website crashed and delayed the results. One of my friends then had an entire extended family glued to computer screens. Getting to know that I had made it remains one of my sweetest memories and I am sure it is the same for you. 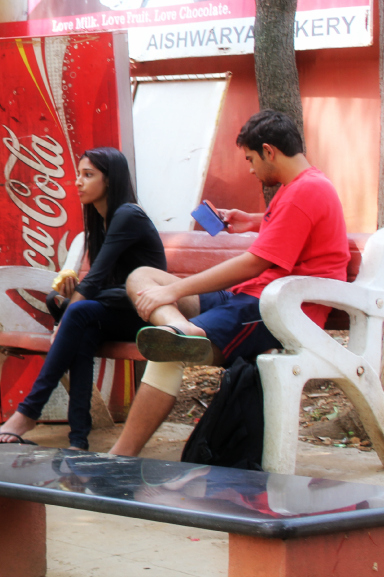 I bet you can’t wait to find out what law school holds for you. It will be your home for the next few years. I remember the only thing I knew about the place was a cousin telling me that NLS was a little island of greenery in the middle of nowhere, something that is not so true anymore. Sometimes, with siblings or cousins in law school, you would already know a lot of things your peers would only explore during their first week. At NLS, this includes things like the small bakery (known as ‘Chetta’) on which most of the college runs and other golden words – like faff – that will become integral to a lot of conversations.

In the coming weeks, I am going to write about some specific facets of life at law school. My view would be dominated by my time at NLS and I know little of life at other law schools, but I am sure there is much in common, including a certain language that we speak, the cracking of locus standi jokes (incorrectly), interpretations of sentences in ways that they were not intended to be interpreted, the practices of eulogising “studs” and going thirty hours without sleep (or more if you are a mooter), and parties where you will experience various “firsts” in life.

As valuable as my insights are, please do not rely too much on them. Even the slightest of preconceived notions can cause you to miss out on a lot of experiences. For instance, don’t mistrust your seniors thinking they are only out to get you. I remember how in the first week, it was my roommate’s birthday. I was told of a tradition of cutting cake at midnight and giving a birthday bash at Chetta, but thought it was just another cheap trick. I was wrong, and those “barbed wire birthdays” were pretty special.

Having said that, I realise after five years that it is perhaps not the best thing to come without having the faintest idea of what is on offer. You’d have a lot coming your way in the first month, and with my posts here, I’ll do my bit to help you settle in.

(Abhinav Sekhri is a fifth year student at the National Law School of India University, Bangalore.)

One reply on “Hello freshers, welcome to law school!”

What lies yaar. Abhinav Sekhri *was* a fifth year student at the National Law School of India University, Bangalore.

Leave a Reply to The truth of the matter. Cancel reply