The Foreign Investment Promotion Board (“FIPB”) on July 29 cleared the INR 2,058-crore Jet Airways- Etihad deal, but not before setting a few riders. Prior to the FIPB decision, Etihad had submitted a revised shareholders agreement between Jet Airways and Etihad.

According to news reports, the revised agreement contains the following amendments:

1. Indian law, and not English law, would govern all disputes. Arbitration however, may take place in accordance with English law.

2. Etihad will have two directors on the twelve-member board of directors and not three as had been proposed earlier.

4. Etihad also agreed to provide Mr. Goyal with the casting vote on any matter. 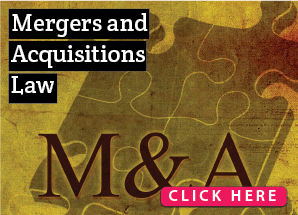 There has been no change in the shareholding pattern, as after the deal is ratified Mr. Goyal will hold fifty-one per cent in the airline, Etihad will have twenty-four per cent while and the remaining twenty-five per cent will be publicly held.

Earlier this year, when Jet Airways sold its twenty-four per cent stake to Abu Dhabi-based Etihad Airways for INR 2,058 crores, it was India’s largest ever foreign investment in the aviation sector. The deal however hit a few roadblocks including Etihad’s proposal to nominate more than three directors on the board.

According to reports, this is still a conditional nod. The FIPB is still waiting for the formal revised shareholder’s agreement and the revised articles of association. After the announcement, the share prices of Jet Airways shot up by four per cent. The conditions however, appear to be very restrictive.

For a detailed discussion on foreign direct investment in aviation, refer to our article, “More liberalisation not quite enough for India’s airlines”.

(The image above is originally from Rick Schlamp’s photostream on Flickr here and has been published under a CC BY-SA 2.0 license.)