“It’s that every now and again – not often, but occasionally – you get to be a part of justice being done. That really is quite a thrill when that happens.”

Across generations, human rights lawyering is fundamentally driven by the passion of seeing justice done. For veteran advocates like the Punjab-based Rajvinder Singh Bains, passion may arise out of witnessing injustice and atrocities. Younger advocates, on the other hand, may be inspired by the work of path-breaking people before them, while also bringing newer perspectives and ideas to the practice. In either case, the passion for the cause is an essential element of being a human rights lawyer. 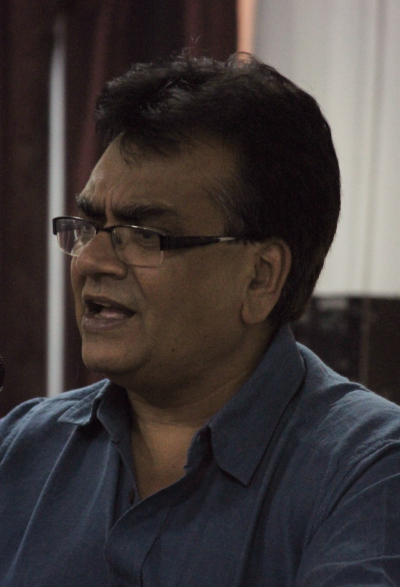 However, while being passionate is important, being effective in court is even more important. “To be a good human rights lawyer, you have to be a good lawyer first,” says Mihir Desai, a veteran advocate and activist from Bombay. Mr. Desai, who has been practising for three decades now, is also the co-founder of the Indian People’s Tribunal on Environment and Human Rights (“IPT”), which describes itself as an “alternative People’s Court that gives voice to the struggles of grass-roots organizations and affected communities” and conducts investigations on human rights and environmental issues. He has worked extensively on human rights issues at the trial court level, and has been instrumental in bringing them into mainstream jurisprudence, through his litigation before courts, movements such as the IPT, and publications like Combat Law. Given the marginalisation of human rights issues at the trial court level, it is all the more important for a lawyer working in this field to have an excellent grasp of procedural as well as substantive law, which is why Mr. Desai encourages all young lawyers in the field to hone their skills in the courtroom.

Among these young lawyers is Rajat Kumar, 28, a graduate from the Gujarat National Law University, who has been practising at the courts in Delhi for just under five years. Headed down the standard National Law University path – with corporate internship after corporate internship, an internship with the Alternative Law Forum, Bangalore introduced him to the world of human rights lawyering and he was immediately attracted to it. A subsequent internship provided him an opportunity to work on the Narmada Bachao Andolan case, as part of which he made a visit to the site of the Sardar Sarovar Dam and interacted with displaced people. The realisation, like the one had by the protagonist in Philadelphia, that one was part of an actual process that was bringing justice to people, was a powerful experience that Mr. Kumar describes as life-changing, and he has never looked back since. After graduating, he joined the offices of Jawahar Raja in Delhi, and now works primarily on criminal and labour law matters.

Mr. Kumar argues most of his labour cases (where he represents workers’ unions) before the Board for Industrial and Financial Reconstruction under the Sick Industrial Companies (Special Provisions) Act, 1985. Contract labour and regularisation of employment is also a major issue, and Mr. Kumar has argued the cases of workers who have been denied benefits due to them, and are trapped in sham contracts. He perceives that the scene for labour rights is not as positive as it used to be. With the increased focus on economic development, he said that there is a corresponding perception that courts are increasingly hostile and reluctant to grant relief to labour, citing the instance of the 2013 Punjab and Haryana High Court order denying bail to the Maruti workers who were arrested during the unrest at Manesar, which mentioned as a ground, the risk to foreign investment due to “fear of labour unrest”. However, as a human rights advocate, it is important to keep the faith and continue the fight for the cause.

Staying the course, true to the cause

Mr. Desai says that a good human rights lawyer works for a cause throughout. There cannot be any inconsistency in the stand that one takes on an issue. The human rights lawyer is committed to the issue and the advocate needs to let go of individual ego and think of the cause. Staying true to a cause also inspires greater levels of trust and confidence among one’s clients. This is why it is important, as a lawyer in this field, to choose one’s cases and remain committed to the cause – for instance, in a labour court, one cannot defend workers one day and managements the next. He clarifies that the right to legal representation is important, but so is the right of an advocate to choose her cases and causes: “An accused rapist is definitely has a right to receive legal representation; but I would not want to be his legal representative. And that’s a consistent stand I take.” 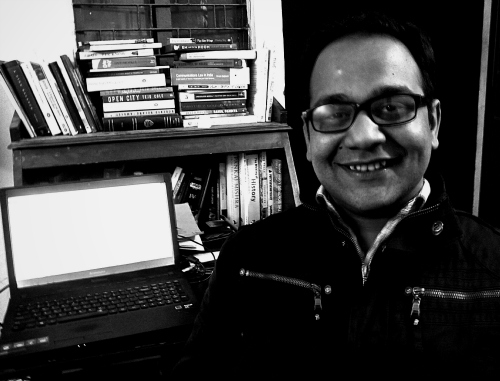 “Important to choose one’s cases and remain committed to the cause” – the 28-year-old Rajat Kumar.

The ability to inspire trust and confidence from one’s clients is critical to good human rights lawyering. To illustrate this, Mr. Desai draws on his experiences while arguing some of the Gujarat riot cases as a lawyer for the victims, where despite his perception that the judges were not supportive, he, rather than give up, continued to advance his arguments.

In such situations, where people have been at the receiving end of severe human rights violations and have lost everything except their faith in the law, it is particularly important that they are able to trust their lawyer. A good human rights lawyer should be willing to be there throughout for her clients, no matter what difficulties one might face along the way. Ultimately, says Mr. Desai, what the victims want is complete support and dedication from their lawyer and – irrespective of the final outcome – the feeling that they have been heard, and had their day in court.

Mr. Desai said that a human rights advocate should be able to use the court process to help and support movements. Therefore, strategy and court craft are critical to the practice of human rights lawyering, even more so at the trial court. Mr. Kumar says that it is important for a lawyer arguing at the trial court to be able to anticipate arguments at the High Court or even the Supreme Court, should her case be dismissed or appealed against. This is particularly significant since the higher courts do not normally deal with matters of evidence. They usually rely on the evidence brought on record before the trial court. Further, while it is difficult to make a direct prayer for relief at the trial court based on a constitutional argument, it is nevertheless important to frame these arguments since even if they are rejected by the trial court, the High Court has the power to recognise them and grant appropriate legal relief. In this context an important part of human rights lawyering is to use arguments that may have not traditionally been accepted by courts. Thus, an advocate has to try at all times to expand the horizon of the courts’ human rights jurisdiction by advancing arguments in that direction, rather than restricting oneself to a narrow legal perspective.

Public interest litigation, or the use of the Cr.P.C. to obtain basic amenities from local authorities, are all examples of this approach. As K.G. Kannabiran argued, lawyering for social justice necessitates a certain stretching of principles and breaking new ground in order to advance the progress of the law as an instrument of social transformation.

Both Mr. Desai and Mr. Kumar dismiss the misconception that practising human rights lawyering is financially unsustainable. Says Mr. Desai, “If your ambition is to have a Mercedes and stay in five-star hotels, it won’t be remunerative. But it is definitely sustainable in that it will help you lead a reasonably comfortable standard of living.” Both of them cross-subsidise their human rights practice with revenue from regular commercial cases. While accepting commercial cases, they remain conscious of the conflict of interest and only accept cases from clients who do not put them in a situation where they have to compromise on their human rights work or the causes that they espouse. In addition, they also point out that not all human rights work is pro bono – there are several clients who are able to pay, although in these cases one would have to charge according to the client’s capacity and not the regular fees that one would charge in commercial matters.

Personal and professional growth as an advocate is greatly helped by having a mentor in the profession. In this regard, Mr. Desai recalls his early days when he started practising in the chambers of Indira Jaising, who was then (as also now) a leading light in the field of human rights, and an inspirational figure and role model in the profession. Mr. Kumar is grateful to Jawahar Raja, from whom he says he has learned more about the law than he ever did in his five years of law school. It is not an easy practice – as Mr. Desai puts it, while in mainstream lawyering one might win 70 per cent of the time, as a human rights lawyer one might only win 30 per cent of the time. Nevertheless, both Mr. Desai and Mr. Kumar suggest that human rights lawyering is a passion, rather than a sacrifice – both of them whole-heartedly state that they enjoy their work and there is nothing else they would rather be doing.